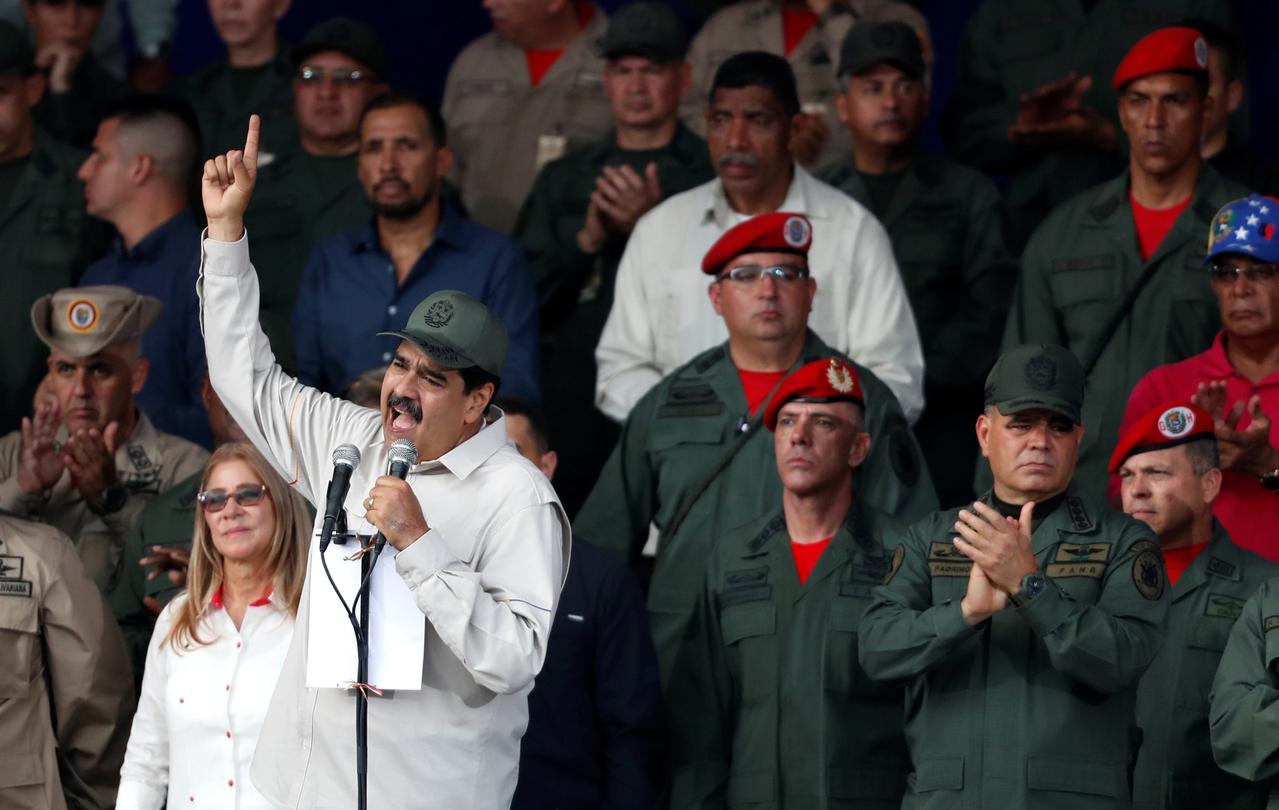 Venezuela's President Nicolas Maduro speaks during a ceremony to mark the 17th anniversary of the return to power of Venezuela's late President Hugo Chavez after a coup attempt and the National Militia Day in Caracas, Venezuela April 13, 2019. REUTERS/Carlos Garcia Rawlins

Guaido, the leader of the opposition-controlled National Assembly who in January invoked Venezuela’s constitution to assume an interim presidency, has called on the military to abandon Maduro amid a hyperinflationary economic collapse made worse by several nationwide blackouts in the past month.

Guaido has been recognised as Venezuela’s rightful leader by the United States and most Western countries, who agree with his argument that Maduro’s 2018 re-election was illegitimate.

The civilian militia, created in 2008 by the late former president and Maduro mentor Hugo Chavez, reports directly to the presidency and is intended to complement the armed forces.

Maduro, who calls Guaido a U.S. puppet, said he aimed to raise the number of militia members to three million by year-end from what he said was more than 2 million currently. Maduro has encouraged them to become involved in agricultural production.

Shortages of food and medicine have prompted more than three million Venezuelans to emigrate in recent years.

“With your rifles on your shoulders, be ready to defend the fatherland and dig the furrow to plant the seeds to produce food for the community, for the people,” Maduro, a socialist, told thousands of militia members gathered in the capital Caracas, wearing khaki camouflaged uniforms.

So far, the military top brass has remained loyal to Maduro despite Guaido’s offer of amnesty to military members who switch sides. Hundreds of soldiers have sought asylum in neighbouring Colombia.

While electricity has largely been restored in Caracas, Maduro’s administration is rationing power to the rest of Venezuela.

Guaido is travelling in the interior to drum up support. In Zulia state, the site of the OPEC member’s first oil well and home to Venezuela’s second-largest city, Maracaibo, he said: “We are here to check on the situation, your suffering. But Zulia will rise up.”

Separately on Saturday, two employees of Venezuela’s central bank who were arrested after meeting with Guaido earlier this week were freed, rights group Penal Forum said.