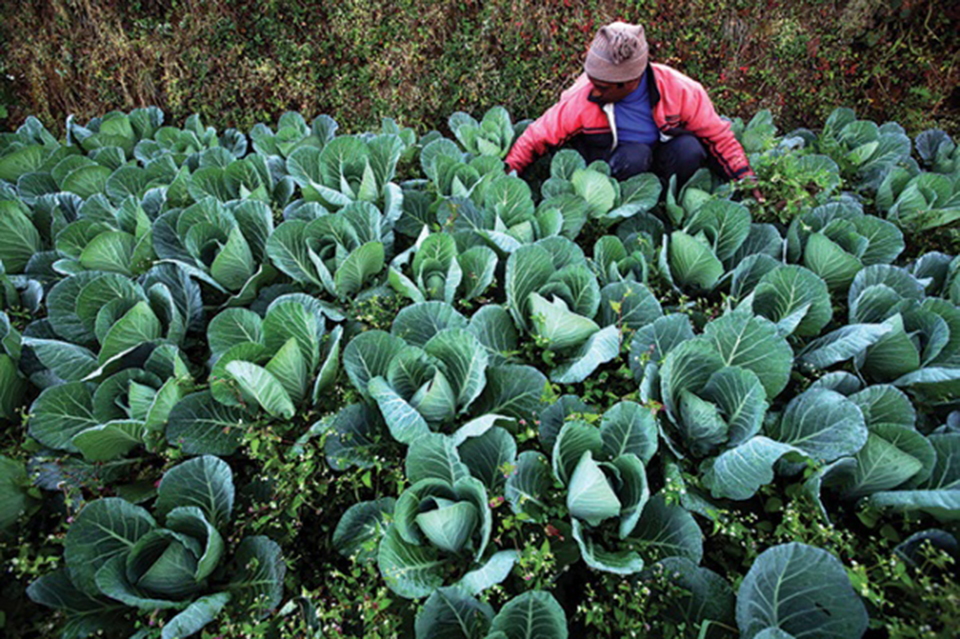 JHAPA, Feb 8: Despite being aware of the fact that vegetables imported from India have high levels of pesticide residue, the government authorities have made no efforts to ban the imports yet.

Every year, around 70,000 metric tons of vegetables enter Nepal through Kakarbhitta border without proper test of the level of pesticide residue.  When examined in the labs, the levels of pesticides and insecticides has been found high in such vegetables to the extent of being capable of harming the health of the consumers.

The level of pesticides imported from India was extremely high when examined at the pesticide testing center of Birtamod Agricultural Produce Wholesale Market.

As informed by Sushma Budhathoki, a technician who works in the lab, the chemicals contained in the vegetables are capable enough to damage the health of the consumers.

A few years ago, the government had announced to set pesticide testing labs in the border areas after finding high level of chemicals in the vegetables imported to the capital. However, that plan has still not taken shape. There is a Plant Quarantine Laboratory (PQL) in Kakkarbhitta which is only capable of testing whether the vegetables have diseases or not.

“We just examine the diseases but we lack equipment to test the pesticide residue,” said Surendra Prasad Sah, a staff of PQL.

Ten months ago, an organization named Peace Action Group (PAG) had set up a pesticide testing lab in Birtamod.  Though vegetables are tested here, no precaution is taken then after. “The vegetables tested in the lab are inedible but they are still sold in the markets,” said one of the staff of the lab.

As the vegetables and fruits from India are imported without testing, they have comparatively high contents of harmful chemicals, informed technician Budhathoki. According to the details provided by Maya Rajbanshi, a staff at the record department of Birtamod lab, currently, 50% vegetables and 80% fruits are imported from India.

Two years ago, India had banned the import of ginger from Nepal claiming that they have high levels of pesticide residue. Even until last week, India had been showing various excuses to obstruct the supply of ginger from Nepal. While India has been showing great concerns toward the health of its citizens, the government of Nepal seems highly negligent toward the health of its citizens, according to Santosh Neupane, a consumer rights activist.

Even after knowing that the locals are consuming poisonous fruits and vegetables, the people’s representatives have still not been able to take action against it. They have taken no efforts to ban the buying and selling of such produces and saving people from eating inedible food.

BAJHANG, Oct 13:    Besides the increase in crime rate, illegal buying and selling of wild animals and birds including the... Read More...