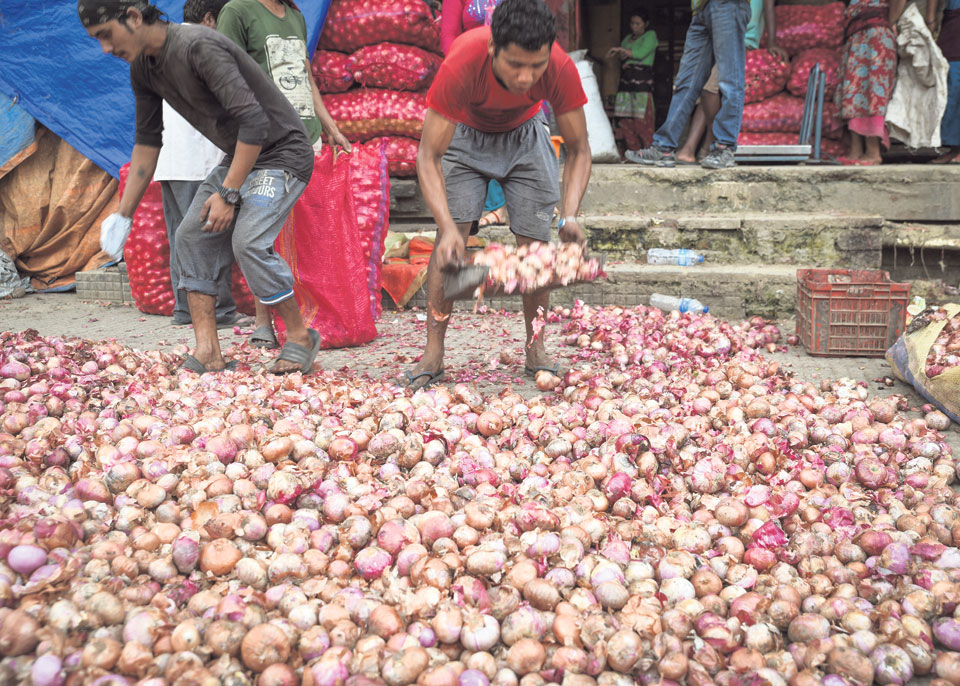 KATHMANDU, Aug 16: Vegetables supply to the Kalimati Vegetables Market, which had dropped after recent floods, is gradually improving.

According to Binaya Shrestha, deputy director of the Kalimati Fruits and Vegetables Market Board, the market received around 500 tons of vegetables on Wednesday. “Floods had affected supplies to the market mainly due to disruption of roads in different parts of the country, as well as damage in crops due to the floods,” Shrestha, said, adding: “Supply, however, is improving as the situation normalizes.”

The market had received 350 tons of vegetables on Monday and around 450 tons on Tuesday, according to Shrestha.

“Prices, however, are fluctuating. It can be because of erratic supply of some vegetables. Some day we get more supplies, while other day the supplies fall,” he added.

The Department of Roads (DoR) on Tuesday said that most of the roads damaged by the floods have been brought into operation. This means supply of vegetables will improve in the coming days.

Bijendra Sah, a wholesaler at the Kalimati vegetables market, said supply of onion is finally stabilizing. “Supply of onion had become irregular some days before, affecting its prices. Price of onion has increased not only
because of erratic supply. The price has increased in India -- the sole supplier -- itself,” Sah added.

Price of onion in Nepal is determined by the price in India as almost 99 percent of onion demand in the country is met through imports from the southern neighbor.

Yubaraj Thapa, another wholesaler at Kalimati vegetables market, said that supply volume affects prices of vegetables. “When supply increases, price will come down and vice versa,” he said, adding: “As the supply is increasing, prices are likely to come down in the coming days.”

Price of vegetables increases significantly in the retail market. Parbati Khakurel, a retailer, however, refutes the argument. “We cannot sell vegetables at the price set by the market. We have to bear transportation cost and pay rent of our shops,” he said, adding that sometimes retailers have to face huge loss as vegetables perish faster than other goods.

KATHMANDU, July 1: The Asian Development Bank's (ADB) has approved a US$ 150 million loan to help improve the reliability and... Read More...