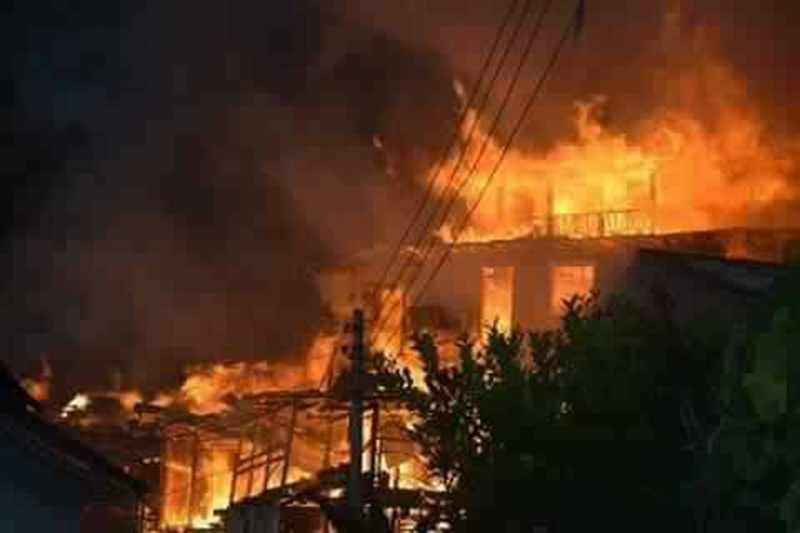 It has already collected around Rs 800,000 from various business firms, corporations and companies.

“We have collected Rs 800,000 from different business firms, corporations and companies for the fire victims of Atharai Bazaar,” Yogendra Kurumbang, treasure of the Samaj, told Republica Online.

He further said that the Samaj has a plan to collect up to Rs 3. 2 million and handover the relief cash to the fire victims within three months in the presence of the Chief District Officer.

Similarly, Nepali Congress Tehrathum-Kathmandu Samparka Samiti has also     stepped up its donation collection drive in a bid to help the fire victims.

“The Samiti has already collected around Rs 500,000 from various individuals and corporations,” said Ganesh Gimire, President of the Samiti, adding, “We plan to raise up to Rs 1 million for the fire victims.”

Kedar Gautam, chairman of CPN-UML Tehrathum Kathmandu Samparka Manch, said that the organization has collected around Rs 100, 000 so far and has a plan to raise up-to Rs 300,000. According to him the fund will be distributed to the fire victims in coordination with the UML District Party Office, Tehrathum. He further said that the collected amount and its distribution will be made public through Facebook Page and Tinjure Magazine, the mouth piece of the Manch.

“We are facing problems in deposing the collected donation as there is not any government bank in Atharai Bazaar and we have to reach the district headquarters Myanglung for the purpose which is almost 6 hours walk (3  hours drive) from here,” lamented Paudel.

Talking to Republica, Kshitiz Limbu, chairman of CPN (Maoist Center) Tehrathum Upatyaka Janasamparka Manch, said that they are also raising fund for the fire victims. According to him, the organization has collected Rs 60,000 so far and plans to raise up to Rs 100,000.

The government has also provided Rs 10,000 in cash, 15 kg of rice, 3 kg of beaten rice, 2 kg of lentil, 2 liters of oil and 200 grams of tea dust to each victim, through the District Natural Disaster Rescue Committee, added Basnet.

Basnet further said that the district administration office has opened an account at Nepal Bank Ltd. for willing people to deposit money. He added that anyone willing to provide cash relief should deposit it in this account.

According to Prem Paudel, member of Sakranti Bazaar Agnipidit Rahat Sankalan Tatha Bitaran Samiti, the relief materials provided by various organizations is being doled out to the fire victims after maintaining record. He said that the Samiti has raised Rs 600,000 so far.

Paudel also stated that the committee is currently facing problems in depositing relief cash provided by helping hands due to the lack of a government bank in Sankranti Bazaar.

“We are facing problems in deposing the collected donation as there is not any government bank in Atharai Bazaar and we have to reach the district headquarters Myanglung for the purpose which is almost 6 hours walk (3  hours drive) from here,” lamented Paudel.

Meanwhile, he expressed reservations over the one-door policy for relief distribution, especially cash relief, maintained by the government.

Udhyog Banijya Sangh, Taplejung has provided relief materials worth around Rs 200,000 to the fire victims.

Lawmaker Sita Gurung said that she is lobbying the government for putting the fire victims on a par with the earthquake victims.

Dipesh Situala, a fire victim, said that it would be a great help for him if the government provided him subsidized loan so that he could resume his business.

The massive fire that broke out at Agni Sedhai’s house had gutted property worth around Rs 150 million on December 16.

As many as 26 houses were destroyed in the fire, rendering 176 people from 73 families homeless. 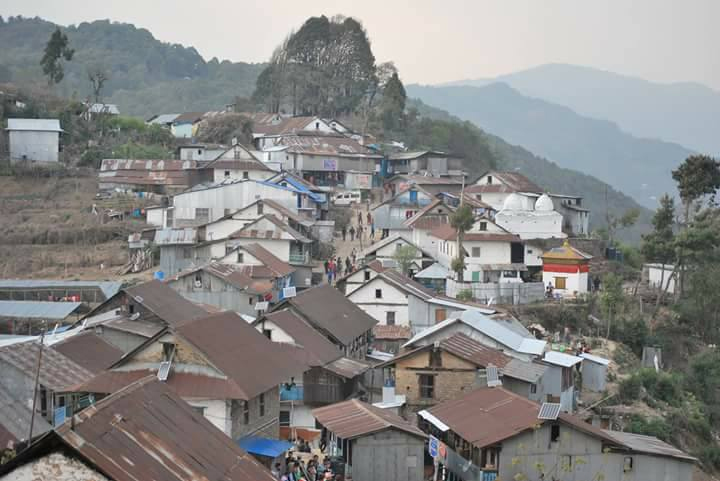 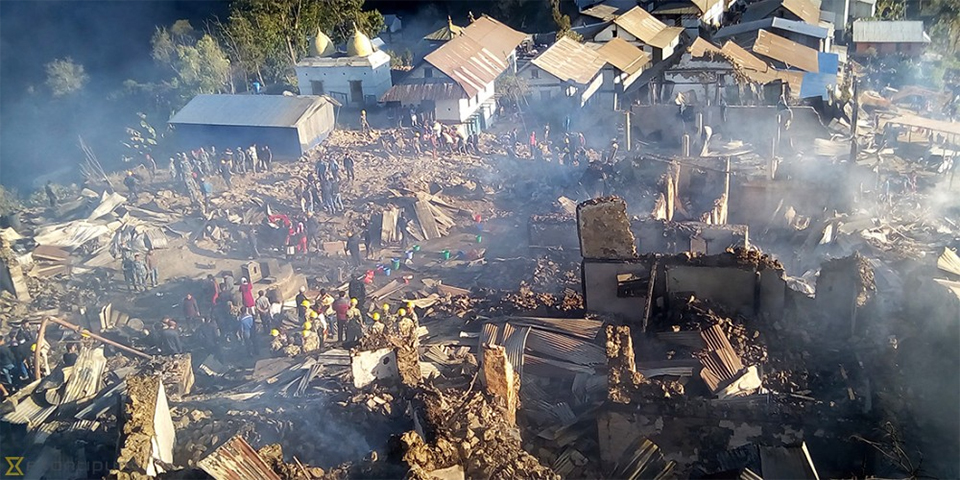 PAANCHTHAR, Feb 26: The Nepali migrant workers in South Korea have extended economic assistance to the victims of the massive... Read More...

Govt collected cash fines of Rs 3.53 million from unscrupulous traders in past two months
23 hours ago

Prime Minister Deuba and leaders at Election Commission
29 minutes ago