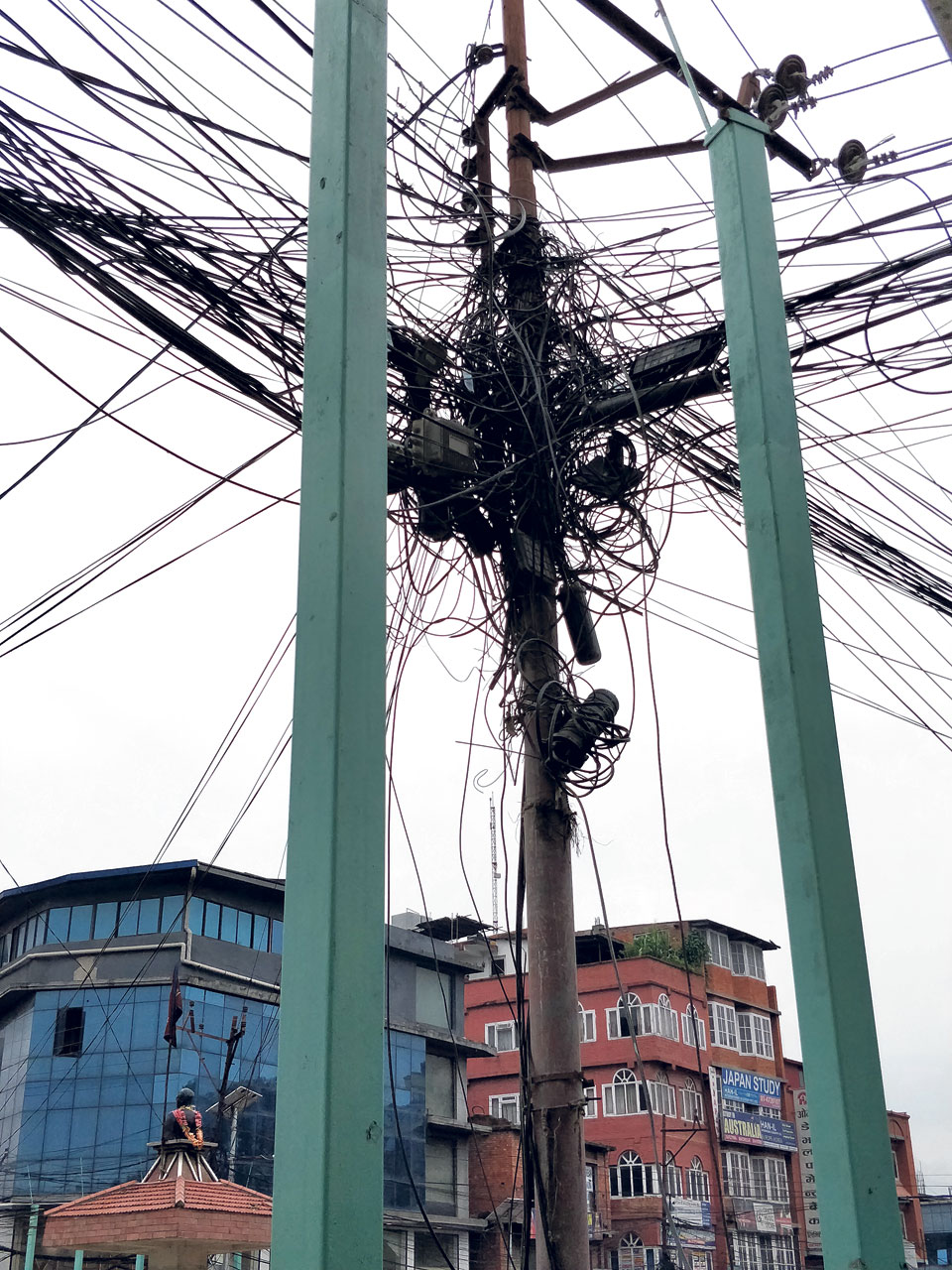 KATHMANDU, July 2: The utility poles with tangled wires have become an eyesore to the city dwellers. The roads dug for laying sewage pipes and those of Melamchi Water Supply Project are causing intolerable dust pollution in the city.

The city denizens are likely to see a change as the authorities are planning to lay underground wire system after a detailed study. The city is seeking Rs 5.5 billion loan from the Asian Development Bank (ADB) to make this project happen.

Managing Director of Nepal Electricity Authority (NEA) Kulman Ghising said, “We are still working to finalize the modality since it takes time to execute such a massive project. We will first start the work in the main areas of the city and slowly take it elsewhere.”

According to Purushottam Khanal, senior director at Nepal Telecom Authority (NTA), the work of the underground wiring is on the cards and might take few years. “This will be a start to make the valley look more organized and beautiful,” he said.

Bhim Bahadur Kumar, 34, a businessman from Chakrapath says, “The unmanaged wires give an unorganized look to the Valley and are visually disturbing. The wires and electricity poles are close to buildings and commercial areas. After the earthquake, the government should have taken precaution as the utility poles could cost life in cases of natural disasters.”

A similar underground wiring project laid in the national park area of Chitwan last year faced short circuit and the issue was resolved only after a month.

Nearly Rs 120 million was spent on this project awarded to an Indian company. The locals complained that the work done by the company was not up to the mark.

The underground wiring system came into existence after the blizzard of 1888 in New York drew significant attention to the threat the wires posed to public safety.