US for peaceful, broadly supported elections 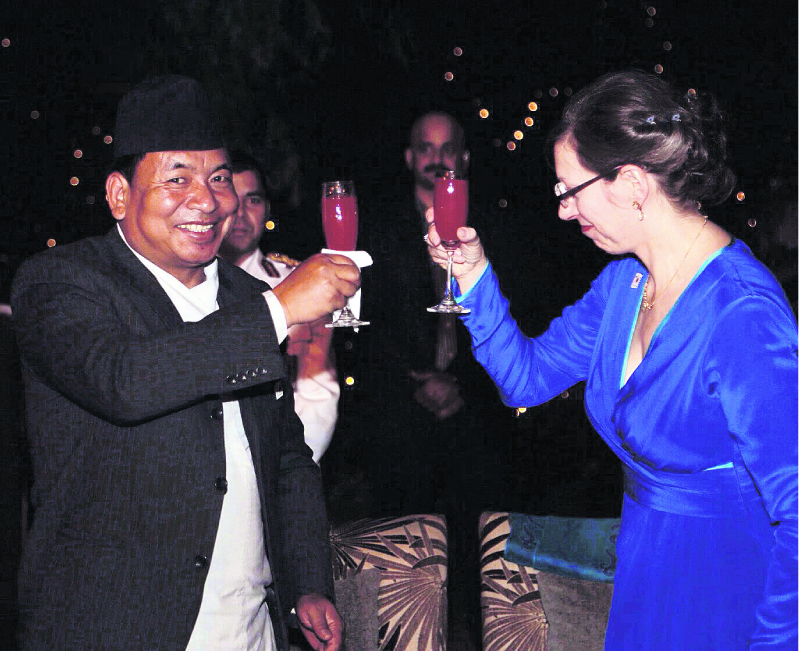 KATHMANDU, April 29: The United States Ambassador to Nepal Alaina B. Teplitz has said that the country is looking forward for political parties’ commitment for peaceful and broadly supported elections in Nepal for the transition of the government as envisioned in the new constitution.

Speaking at function organized by the US Embassy in Kathmandu, to commemorate 70 years of US-Nepal friendship, Teplitz said election is the demand of Nepali people and the commitment enshrined in the new constitution.

“Over the coming year, we look to all parties committing to peaceful, broadly-supported elections, we look to Nepal’s transition to the government envisioned in the new constitution,” said Taplitz.

She was of the views that US is not looking forward for the election as an outsider imposing priorities, but because it is the demand of the Nepali people to the democratic transition of the country.

Ambassador further said that US is for improved governance in Nepal through the elections. “Where the people can hold elected officials accountable to provide them the services they need,” said Taplitz. She further expressed hope that the elections will unleashed economy’s full potential creating jobs and fueling growth that Nepal needs.

Vice President Nanda Bahadur Pun also attended the function to commemorate seven decades of diplomatic relations with the US. The US has been supporting to Nepal for inclusive and effective governance, human and economic development, reducing vulnerabilities to disease and disasters, political stability and among other issues. Nepal has achieved progress on literacy rate, life expectancy, dropping maternal death and eliminating poverty through the partnership with US, said Ambassador Teplitz.

MUGU, Nov 27: The first phase of the much-awaited parliamentary and provincial elections concluded in a peaceful and systematic manner in... Read More...

Parties commit to hold elections in a peaceful manner

KATHMANDU, May 11: A day after the brutal killing of a cadre of main opposition CPN-UML in Dolakha district, leaders of... Read More...