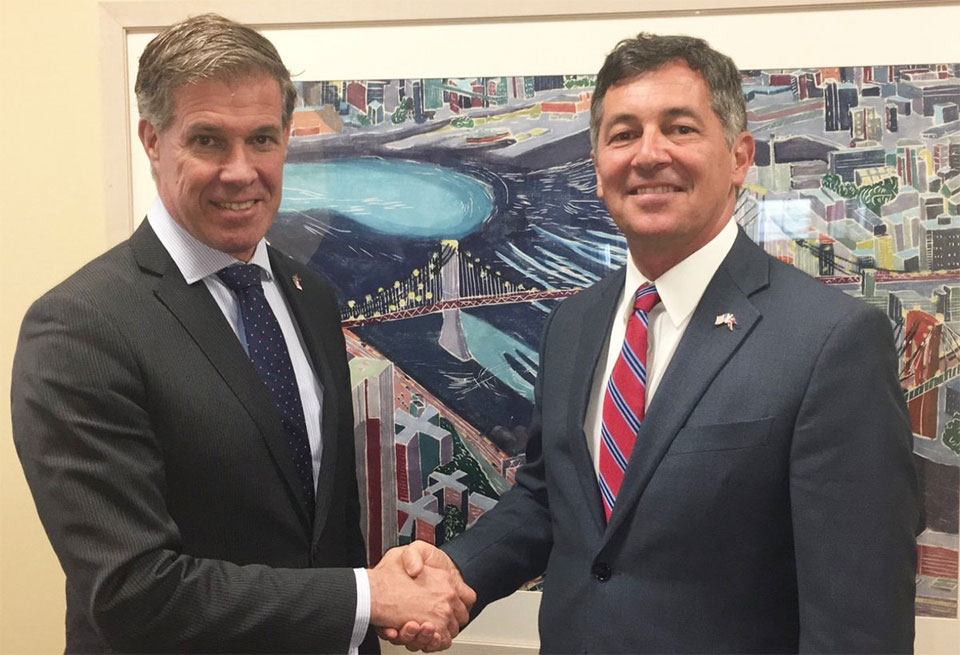 Dr Felter’s arrival has been confirmed by American Ambassador to Nepal Randy Berry through a tweet.

Welcome to #Nepal, Deputy Asst Secretary of Defense for South & Southeast Asia Dr. Joe Felter. He's the senior most defense policy visitor to Nepal in the past 8 yrs. Looking forward to his visit and the further strengthening of our US-Nepal defense relationship! pic.twitter.com/k0rOYQLtIM

Ambassador Berry, in the tweet, has expressed hope that Felter’s Nepal visit will take the bilateral ties between Nepal and America to a new height.

"He will meet with Nepali govt officials, defense officials, civil society, and many more to further strengthen the US-Nepal Defense relationship," a spokesperson at US Embassy in Kathmandu told Republica Online on Sunday evening.

The top US official is holding separate meetings with Prime Minister KP Sharma Oli and Defense Minister Ishwar Pokharel during his stay.

A diplomatic source confirmed that the US defense official will be discussing the Indo-Pacific strategy during his meeting with high-ranking officials in Kathmandu.

US Embassy in Nepal cancels visa appointments amid coronavirus fear

Ahead of his Nepal visit, Xi hopes two countries can together draw up new blueprint for bilateral ties (Full text of Xi's signed article)