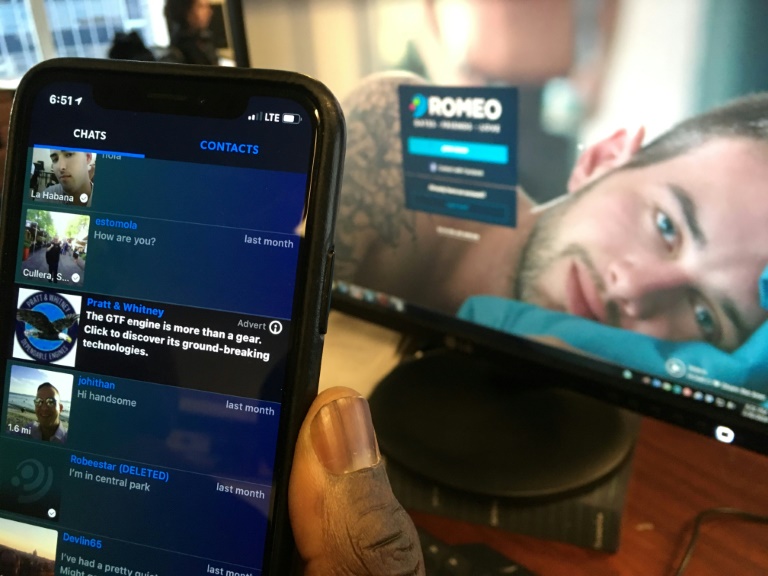 Ads for major US corporations like General Electric and home improvement retail chain Lowe's are appearing, often without their knowledge, on internet hookup sites, underscoring advertisers' difficulty in controlling their digital communications.

The chaste advertisements from corporate America appear alongside highly explicit user exchanges as well as ads for lingerie or online hotel room booking services like HotelTonight, which was recently purchased by Airbnb.

They can be found on apps like Bumble and Grindr which allow users to pursue dating and casual sex but operate under terms and conditions similar to those of other tech giants.

Companies may wish to avoid associating their products with casual sex -- or they may simply believe the context is mismatched with promoting products like aircraft engines and gas turbines, according to marketing experts.

This does not always work, as the American Bankers Association discovered when its advertising appeared on Gayromeo even though the lobbying organization said it wanted to limit the campaign to platforms with financial and technological content.

"We did not intend for our ads to appear on any site or app outside of that scope and we have taken steps to prevent a recurrence," a spokesperson said.

ABA had used the Twitter Audience Platform, which allows advertisers to push ads that have already appeared on that social network to thousands of approved apps.

Advertisers must deactivate this function or block certain apps to limit their exposure but it remained unclear whether ABA had understood this.

According to people with knowledge of the matter, GE was not aware its ad campaign had appeared on hookup services.

The turbine manufacturer bought advertising on Twitter, LinkedIn and on Google's network but a bug, or human error, may have caused the ads to appear elsewhere, expanding their distribution online.

GE learned of this after being contacted by AFP and temporarily suspended the ad campaign.

"This platform is not part of our advertising strategy, and we have confirmed this is an isolated case in which a third party inadvertently placed these ads," said a spokesperson for Lowe's, the second-largest US home furnishing and hardware retailer.

Employees at most of these companies said they learned their ads were present on such sites after being contacted by AFP.

Jennifer Edson Escalas, professor of marketing at Vanderbilt University said the companies' reaction showed internet advertising services were sold more based on consumer profiles than on the platforms where ads appear.

"You don't control where it is you're chasing the consumer that's your best target customer," she told AFP.

According to Hank Boyd, professor of marketing at the University of Maryland, such businesses should analyze the data collected on hookup sites.

"Maybe you are now reaching a certain audience that you couldn't reach before and that is something that could be a good thing," he said.