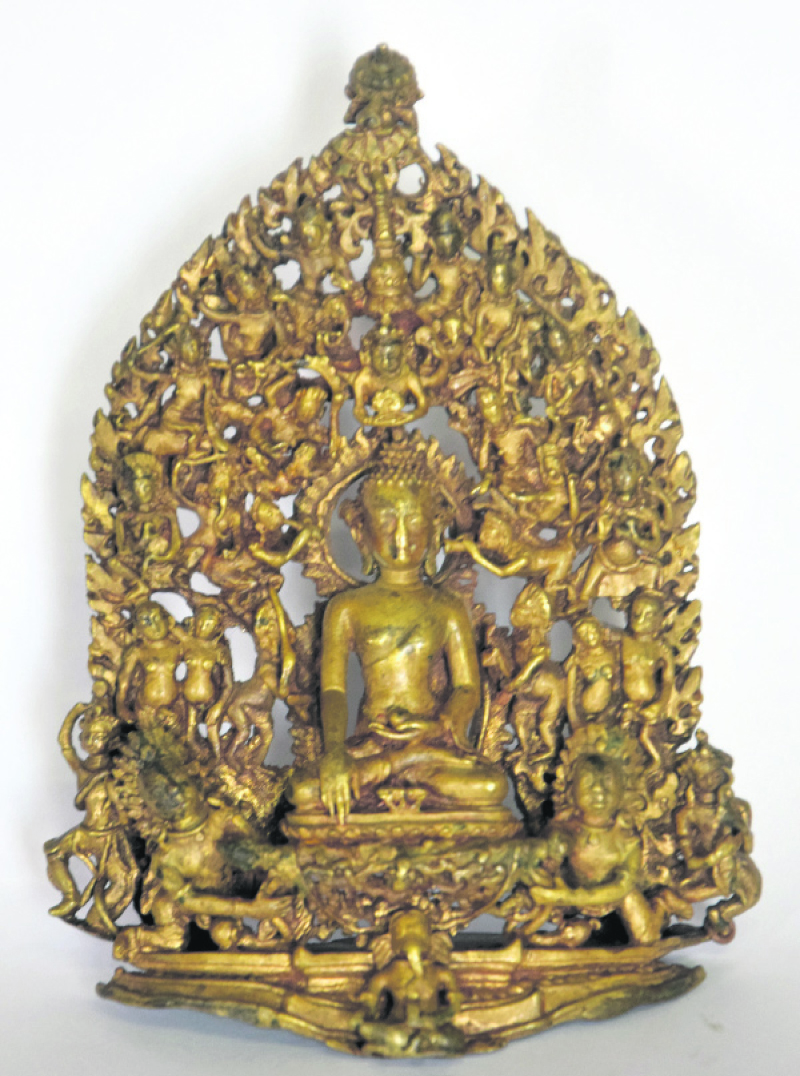 KATHMANDU, June 19: Four precious idols trafficked from Nepal decades ago have been returned to the Department of Archaeology (DoA) as wished by US collector Leroy Allen Ehreinreich in his will.

DoA officials informed that the idols were returned to Nepal as per Ehreinreich's wish.

They were delivered to the DoA through courier by late Ehreinreich's lawyer John Mage on May 31. DoA received the idols on June 16.

"We are pleased to announce that our idols are back. But we are yet to know where and when were they stolen from," said Bhes Narayan Dahal. "There are other similar idols in the country."

Dahal informed that the idols will be displayed at the National Museum at Chhauni.

"We know many precious idols were smuggled to various parts of the world from Nepal.
But we didn't know that these four idols were also among those smuggled. Thanks to him (Ehreinreich) who wished to repatriate them," Dahal said, at a press conference on Sunday.

He also said that they have tracked down many other idols in various countries and have requested the Interpol to help repatriate them to Nepal.

"Lawyer Mage had contacted us before sending the idols to Nepal. We appreciate  if this type of efforts shall been made in future too, our ancient idols which had been stolen years ago, would get chance to come to homeland," said Dahal.

DoA officials informed that they will conduct study to identify where they were stolen from.

They also informed that they have already brought the Markendaya this year, a hand-made-script, which was illegaly taken to the UK.

KATHMANDU, April 5: Two idols, which were stolen from Nepal during the 1980s and were kept on display at the Metropolitan... Read More...

JUMLA, Nov 28: Twenty-eight statues of the renowned Chandannath Temple of Jumla were stolen overnight from under the nose of the... Read More...