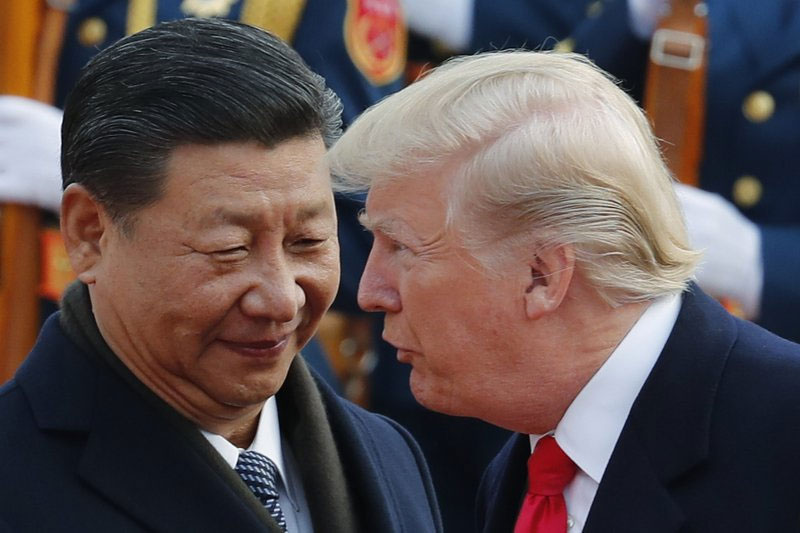 The United States and China issued a joint statement on Saturday to conclude the trade talks with Chinese Vice Premier Liu He on May 17 and 18. The United States and China said Saturday they had reached consensus on measures to “substantially” reduce the U.S. trade deficit with Beijing by “significantly” increasing its purchases of U.S. goods, but offered few details.

The joint statement came at a time of high tensions between the world’s two largest economic powers. President Donald Trump has described the trade deficit as a danger to U.S. national security and has threatened to impose billions in tariffs on Chinese imports.

The statement followed high-level talks in Washington between delegations led by U.S. Treasury Secretary Steven Mnuchin and Liu, who also met Thursday with Trump. The sides had met earlier in Beijing.

“There was a consensus on taking effective measures to substantially reduce the United States trade deficit in goods with China,” the statement said.

“To meet the growing consumption needs of the Chinese people and the need for high-quality economic development, China will significantly increase purchases of United States goods and services.”

Last year, the United States had a $375.2 billion trade deficit with China, a source of frequent and bitter complaint by Trump. The United States reportedly had demanded that the deficit be narrowed by at least $200 billion by 2020.

The statement said some details would be worked out in further talks in Beijing. But it offered few specifics and listed no numeric targets.

It said both sides had agreed on “meaningful increases” in U.S. agriculture and energy exports.

They also agreed to strengthen cooperation on protecting intellectual property — a long-standing source of U.S. discontent.

The two countries, their economies enormously interlinked, opened the delicate negotiations a few weeks ago in an attempt to resolve months of trade tensions.

Trump has threatened China with tariffs on up to $150 billion of imports, prompting China to threaten U.S. agricultural exports.

The White House is wary of hurting largely Republican-voting farm states or damaging the economy before legislative elections this November. But Trump is also keen to appear tough on trade.

On Thursday, he unleashed a barrage of criticism against former U.S. administrations for allowing Beijing to take advantage of the United States.

“We have been ripped off by China. And an evacuation of wealth like no country has ever seen before given to another country that’s rebuilt itself based on a lot of the money that they’ve taken out of the United States,” he said.

The trade talks are complicated by the impending summit meeting in Singapore between Trump and North Korean leader Kim Jong Un, who has consulted with Chinese leader Xi Jinping ahead of the meeting.

China is North Korea’s biggest trade partner, and Trump has called on it repeatedly to press Pyongyang to rein in its nuclear and missile programs.

In addition to Mnuchin, U.S. Commerce Secretary Wilbur Ross and Trade Representative Robert Lighthizer took part in the latest round of talks.

But the agreement-in-principle came after a Trump adviser considered a hard-liner on China was left out of the talks.

Economic aide Peter Navarro, who reportedly had angrily sparred with Mnuchin in Beijing over the China talks, was barred from last week’s meetings.

The statement made no mention of Chinese telecom giant ZTE, which had suspended operations after U.S. sanctions were imposed to punish it for exporting sensitive materials to Iran and North Korea.

In a surprise move, Trump tweeted Sunday that he and Xi were “working together” to find a way to help ZTE “get back into business, fast.”

THE WHITE HOUSE – Office of the Press Secretary
FOR IMMEDIATE RELEASE – May 19, 2018

Joint Statement of the United States and China Regarding Trade Consultations

There was a consensus on taking effective measures to substantially reduce the United States trade deficit in goods with China. To meet the growing consumption needs of the Chinese people and the need for high-quality economic development, China will significantly increase purchases of United States goods and services. This will help support growth and employment in the United States.

Both sides agreed on meaningful increases in United States agriculture and energy exports. The United States will send a team to China to work out the details.

The delegations also discussed expanding trade in manufactured goods and services. There was consensus on the need to create favorable conditions to increase trade in these areas.

Both sides attach paramount importance to intellectual property protections, and agreed to strengthen cooperation. China will advance relevant amendments to its laws and regulations in this area, including the Patent Law.

Both sides agreed to encourage two-way investment and to strive to create a fair, level playing field for competition.

Both sides agreed to continue to engage at high levels on these issues and to seek to resolve their economic and trade concerns in a proactive manner.

BEIJING/WASHINGTON, July 6: U.S. tariffs on $34 billion in Chinese imports took effect as a deadline passed on Friday, and with... Read More...