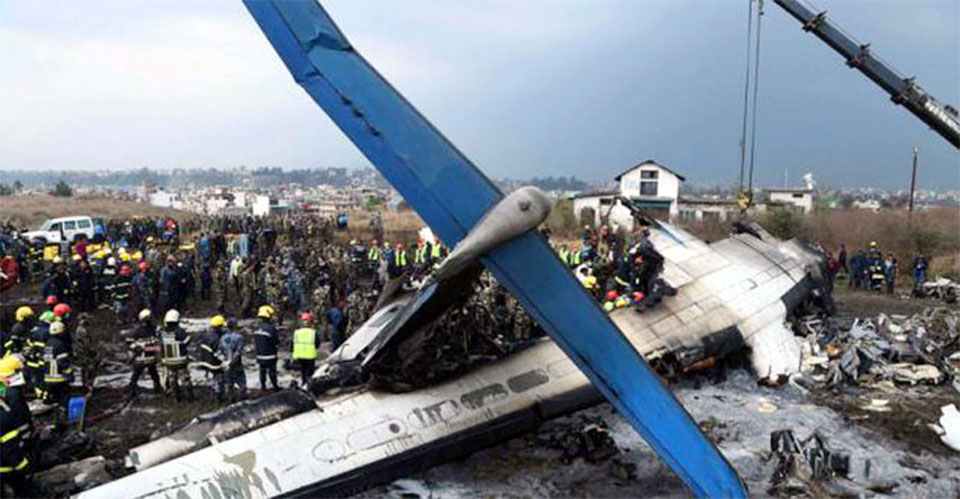 March 19: The bodies of 23 of the US-Bangla plane crash victims will be taken back home from Nepal today as their identification process was completed yesterday.

Forty-nine people were killed as the aircraft crashed and burst into flames at Tribhuvan International Airport in the capital of the Himalayan country on March 12.

The plane was carrying 71 people, including four cabin crew. Of the passengers, 36 were from Bangladesh, 33 from Nepal and one each from China and the Maldives.

Among the dead, 26 were Bangladeshis, 22 Nepali and the other was Chinese. The bodies of the Nepali and Chinese were already handed over to their relatives on Saturday.

Kamrul said the bodies of 23 Bangladeshis were identified until yesterday. The remaining three bodies – Alifuzzaman, Mohammad Nazrul Islam and Pias Roy – could be identified today, he added.

Before they are carried home, namaz-e-janaza for the 23 Bangladeshis will be held on the premises of Bangladesh Embassy in Kathmandu this morning, said US-Bangla Airlines Chief Executive Officer Imran Asif.

He requested relatives of the deceased to contact the US-Bangla Airlines authorities with their respective passports if they want to return home from Nepal today.

Meanwhile, Shahin Bepari, one of the 10 injured Bangladeshis, was taken back home yesterday.

Shahin and five others are undergoing treatment at Dhaka Medical College Hospital, while two were sent to Singapore for better treatment, one – Eakub Ali – will be taken to Apollo Hospital in New Delhi today, and the other, Kabir Hossain, will be taken back home today.