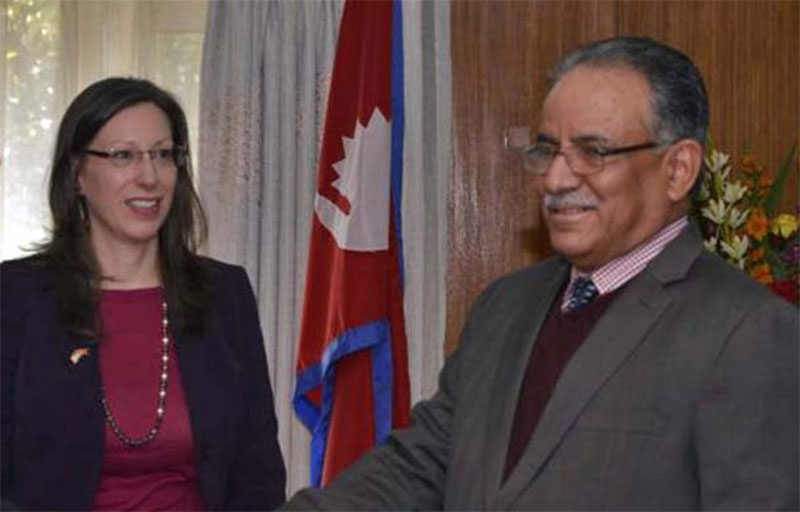 Ambassador Teplitz is returning home after completing her term.

On the occasion, Chairman Dahal told the U.S Ambassador, "You have successfully completed your term. The role you played in Nepal's development and progress was positive."

He acknowledged the US government support and good in the peace process and political stability in Nepal while expressing his belief that the support from US government and people would continue for Nepal's prosperity in days ahead, according to Dahal's Secretariat.

Dahal further said that Nepal's peace process is an example for the rest of the world.
Similarly, Ambassador Teplitz lauded the leadership role played by Dahal in overcoming big challenges of the country like peace process.

Nepal is beautiful, she said, adding that the foundation has been prepared to take the country towards economic prosperity after political stability.