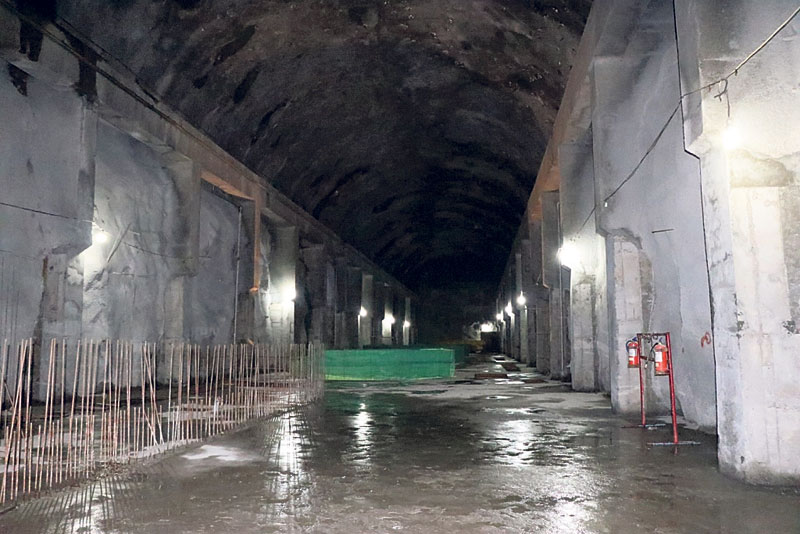 Four turbines have already been installed and installation work of remaining two is at the final stage. Similarly, work to build foundation to install 19 transformers in the powerhouse is also in the last leg.

The national pride project, which was affected for months by the earthquakes of 2015 and Indian blockade, has made significant progress in recent months.

Talking to Republica, Purushottam Ranjit, engineer of Upper Tamakoshi Hydropower Ltd, said that the project has made astonishing progress.

Sinohydro, the contractor for civil works, has already built four-storied power house which will have generators and turbine. We will start fitting equipment in the power houses after few weeks,” said Ranjit. “Work to build structure to install remaining two turbines will go simultaneously with hydro mechanical works.”

Chief of the project, Bigyan Prasad Shrestha, said that the work in pour house has progressed faster than his expectations. “Indian firm Texmaco Rail & Engineering Ltd has already started installing equipment in the power house," he added.

Nearly 89 percent of tunnel work between the dam site and the powerhouse has already been completed. Construction of the dam had been completed before the earthquake.

Officials expect that the project will complete by June 2018.

Cost escalates to Rs 45 billion
Delays due to earthquake and blockade as well as variation in tunnel works and depreciation of Nepali currency vis-à-vis US dollar in recent years have increased the project cost to Rs 45 billion from the initial estimate of Rs 35 billion in 2011, according to the project officials.

SANKHUWASABHA, Dec 24: Work on road improvement and opening of a new track is in full swing along the Deurali-Pathivara section... Read More...