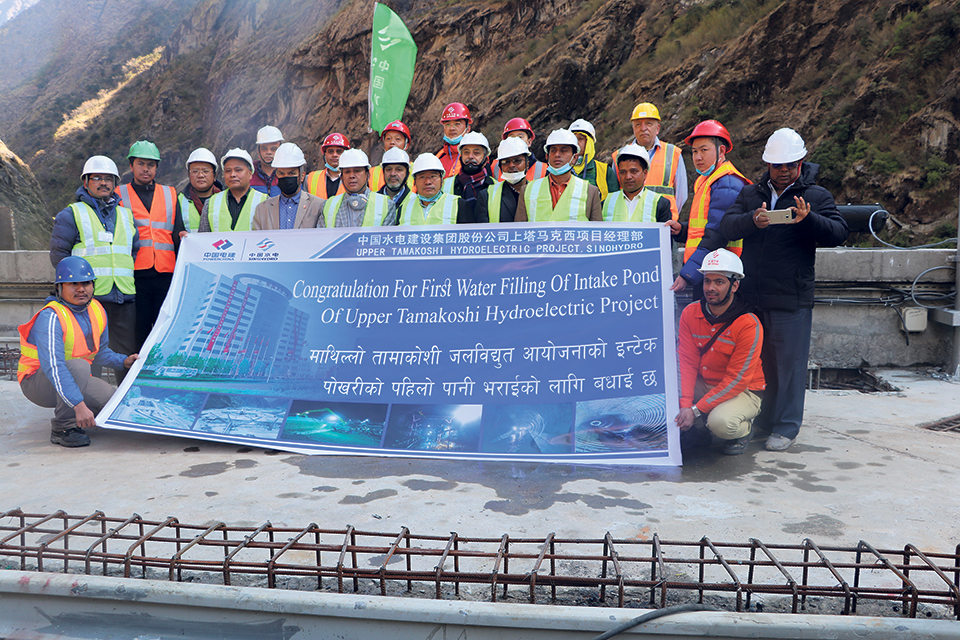 Minister of Energy, Water Resources and Irrigation, Barsha Man Pun, visited the project site in Dolakha district on Sunday. He inspected the project's dam and descender basin, among others.

The project has a 22-meter high and 60-meter wide dam. It has eight gates and four descender basins. The water collected in the dam will be diverted to the power house through these basins via main tunnel.

Speaking on the occasion, Pun directed the project officials to start power generation by mid-June. "The government is committed to address all the problems and hindrances that the project faces. But the project must be completed within the targeted time," he added.

It is Pun's third visit to the project site after he assumed the office of Ministry of Energy, Water Resources and Irrigation.

The hydropower project is promoted by different government agencies like NEA, Citizens Investment Trust and Employees Provident Fund, among others. Locals of Dolakha and Ramechhap as well as general public have also invested in the project.

"As the project has investments of not only government agencies but also general public, there shouldn't be further delay," Pun told officials.

Also speaking at the program, Minister for Women, Children and Senior Citizens, Parbat Gurung, said that the project has finally arrived at the final stage despite different obstructions. Gurung, who is also a lawmaker from Dolakha district, also thanked all concerned agencies for helping to resolve problems and obstructions faced by the project.