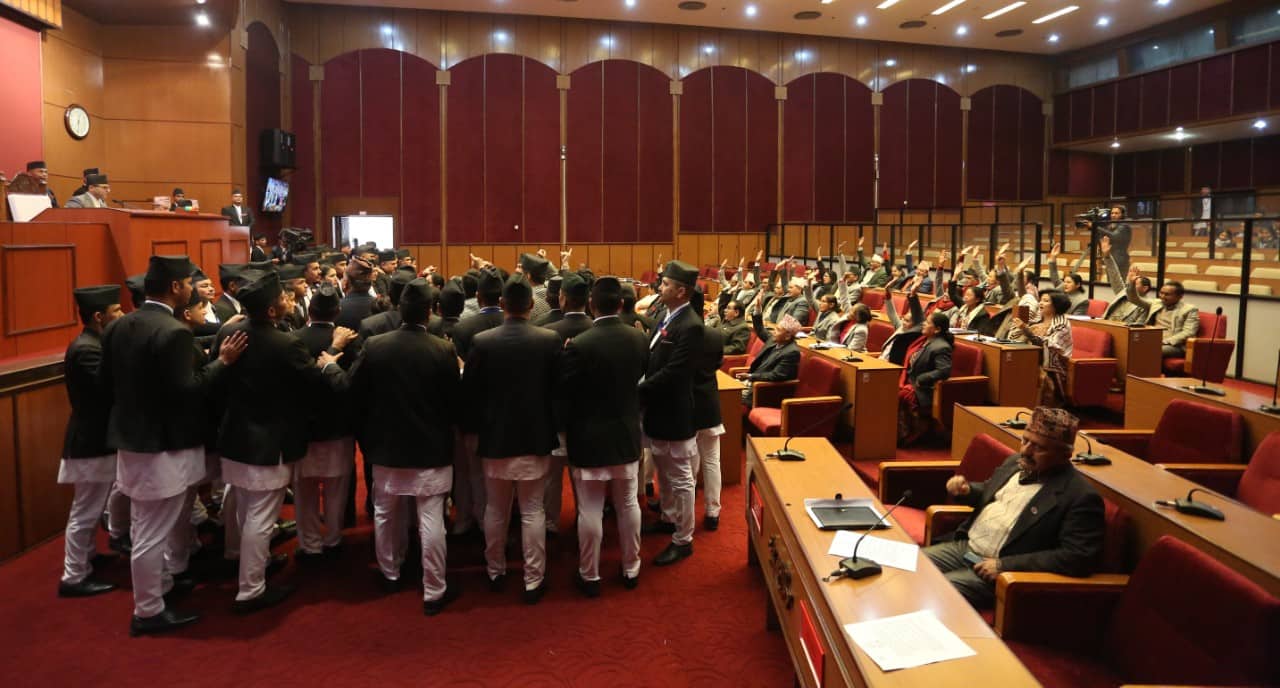 KATHMANDU, Jan 28: The National Assembly (NA) meeting has been deferred for January 31 amid protest from the Nepali Congress lawmakers, on Monday.

As soon as the NA meeting began, the NC lawmakers started their protest while standing up from their seats even though Chairman Timalsina urged them to take the seats. Then after, NA Chairman adjourned the meeting twice-- for 15 minutes and 30 minutes.  As he failed to run the business, he announced that the meeting would be resumed on January 31.

However, the meeting has approved a proposal to consider the endorsement of the National Medical Education Bill. The lawmakers are asked to register their amendments to the Bill within 72 hours.

The Nepali Congress lawmakers obstructed the National Assembly meeting expressing discontent on the way the Medical Education Bill was endorsed in the House of Representatives on Friday.

Speaking at the parliament, Nepali Congress lawmaker, Ramesh Jung Rayamajhi said that the Medical Education Bill called for better debates before being endorsed. He added that the current Bill was against the recommendations of the Mathema Report, the ordinance enacted by Sher Bahadur Deuba and the 15th agreement that was reached between the Oli-led government and Dr. Govinda KC to end his 15th fast-unto-death hunger strike demanding reforms in the medical education and health sector.

KATHMANDU, Dec 10: The main opposition, Nepali Congress (NC), which currently has 13 seats in the 59-member National Assembly, is most... Read More...