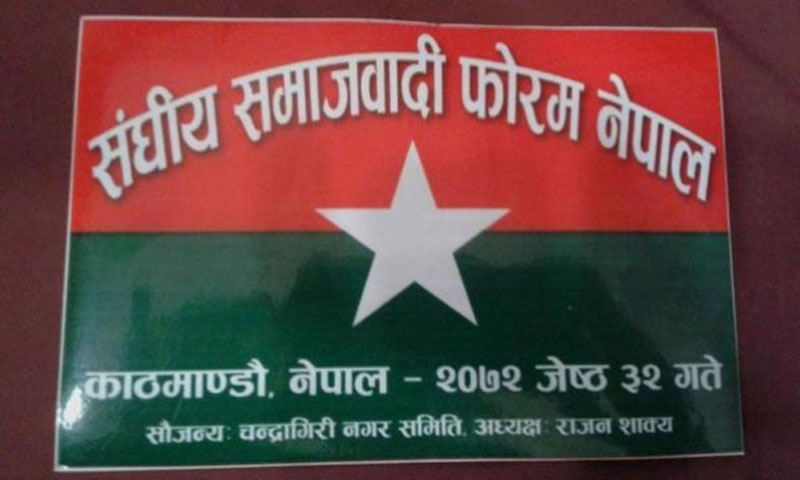 “Our party (FSFN) has already decided to participate in the elections. We will take part in the elections like we did in the first phase,” Yadav told Republica Online. The local polls, Yadav said, was important to institutionalize the historical achievements including federalism and republicanism.

Yadav, however, clarified that the struggle for ‘equality and inclusion’ would continue even after the protest.

In a different context, Yadav expressed dismay at the Supreme Court stay on the government decision to increase the local units. He, however, said that there was no choice but to respect the decision of the apex court.

“The decision to increase the local units came too late. The government should have increased local units before the second phase. We have to respect the verdict of the Supreme Court,” said Yadav.

Over a dozen school teachers resign to contest local polls

KHOTANG, June 7: Over a dozen school teachers have quit their profession in Khotang to contest the upcoming local polls slated... Read More...