SURKHET, March 9: The more dead bodies of the five who went missing after jumping into the Karnali River have been found.

Sunita Baduwal of Dailekh's Aathbish Municipality-3 Nimayal had jumped into Karnali in an attempt to commit suidice her four children following a dispute with her husband.

The bodies of Sunita Baduwal, 35, and her eight-year-old son Lalit were found on Tuesday afternoon, according to Anupam Shrestha, the Deputy Superintendent of Police (DSP) at Dailekh District Police Office. Similarly, mortal remains of Kalpana Baduwal, 15  and Sarita, 12, were recovered along the Karnali River at  Totkesal in Achham's Panchadeval Municipality on Monday. Policemen are searching for another girl who went missing after jumping into the swollen Karnali.

According to Gyan Bahadur Rana, in-charge of Rakam Police Post, Sunita had left home with her four children at around 4PM on Sunday. Police arrested Sunita's husband Man Singh Baduwal.

Deputy Mayor of the municipality, Deepa Bohara said the incident was triggered by domestic violence. "We came to know that her [Sunita’s] husband used to beat her after being drunk. On the incident day, she left home with her children after being beaten,”  said Bohara. 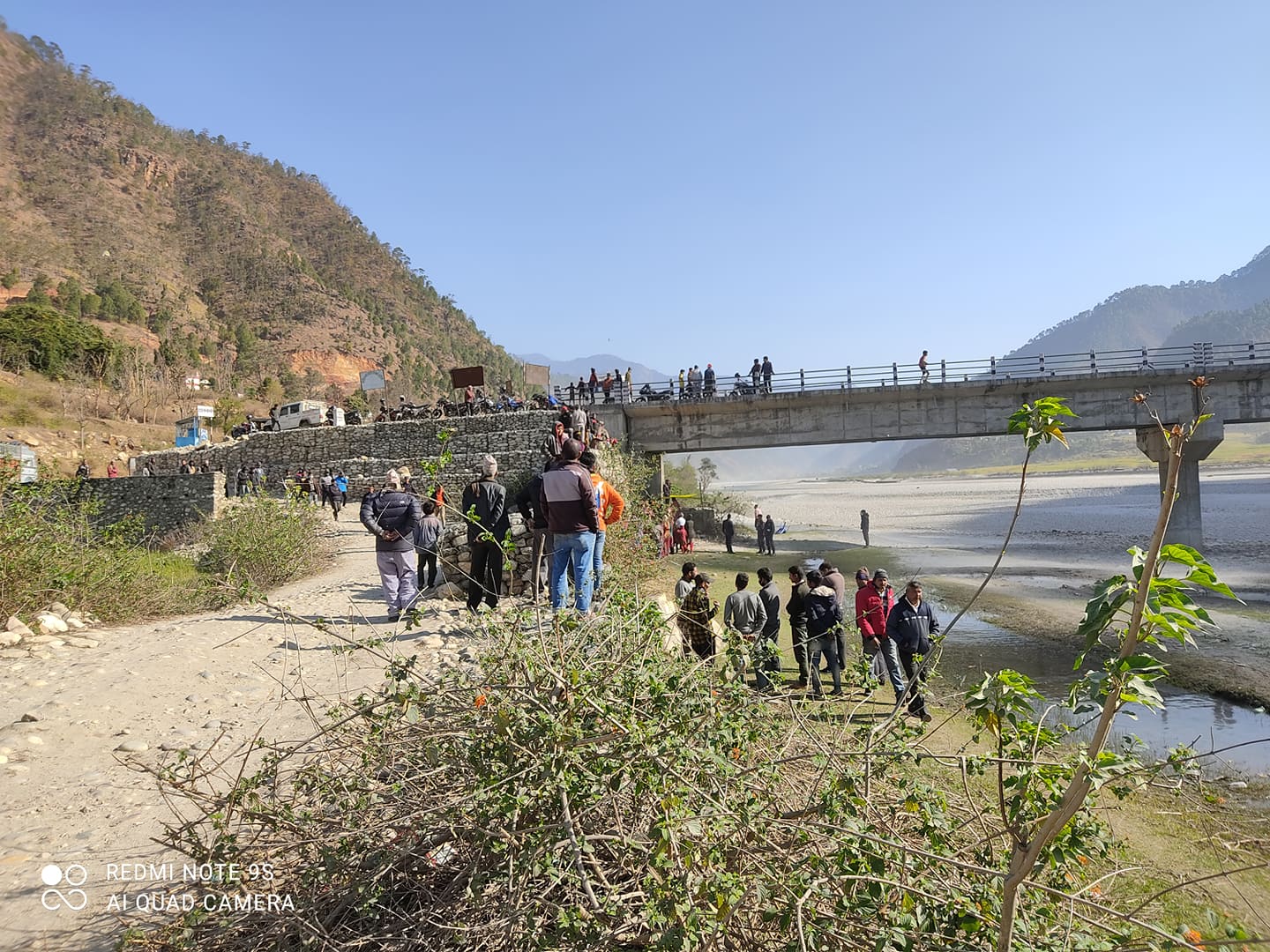 Nine people from the same family infected with COVID-19, one dead

BIRENDRANAGAR, Sept 21: There is a school in front of the house of 10-year-old Samjhana Sunar in Khatigaira village of... Read More...

22 injured in Bus accident in Dailekh

DAILEKH, Sept 28: All 22 passengers on board the Dailekh-bound bus were injured when the bus met with an accident... Read More...