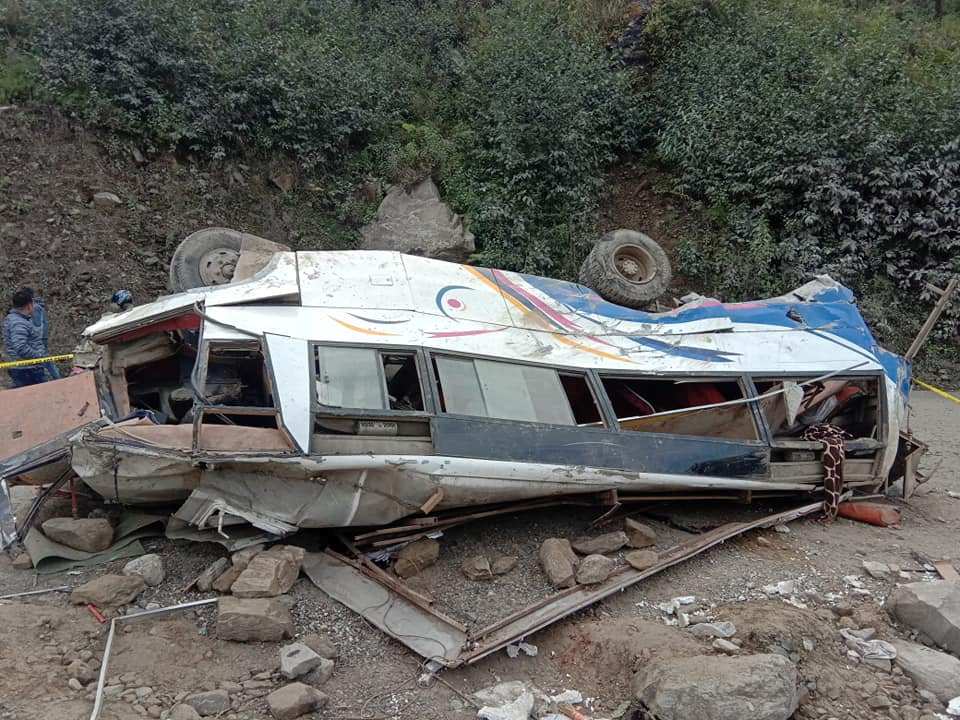 SINDHUPALCHOWK, Dec 15: Of the 14 persons who died in the Sindhupalchowk bus accident on Sunday morning, six have been identified.

The victims' families have reached the bus crash site, Dahal said. "Eight deceased have yet to be identified," he added. 12 persons died on the spot and 19 others sustained injuries when a bus en route to Bhaktapur from Kalinchowk of Dolakha skidded off the highway and plunged few meters down. Two persons who sustained injuries in the accident died in course of treatment.

MAKAWANPUR, July 26: One person died and another was injured in a road accident involving a truck at Makwanpur this... Read More...