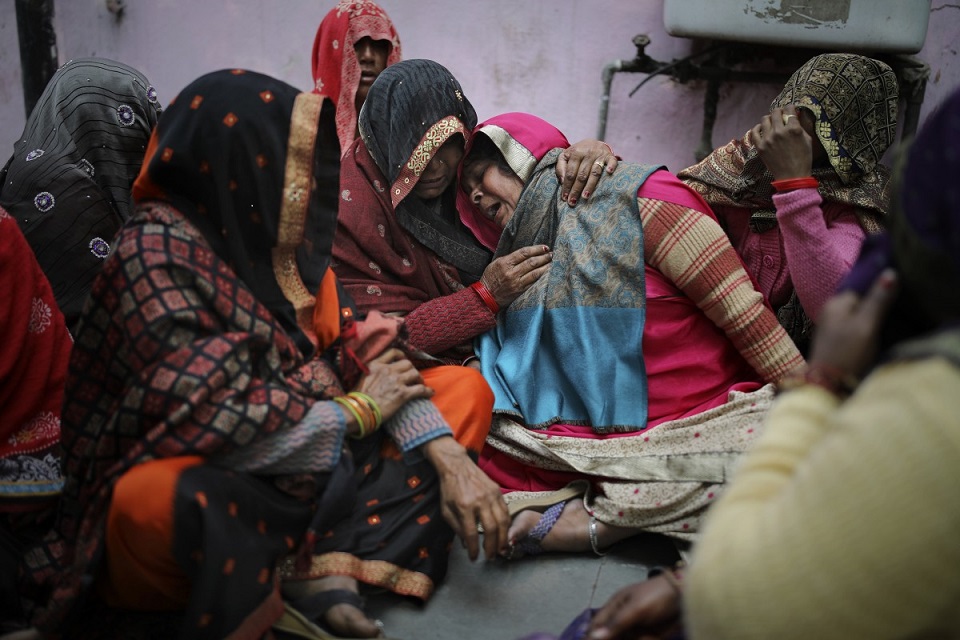 NEW DELHI, Feb 27: At least 32 people have been killed in the deadliest violence to engulf India’s capital New Delhi in decades as a heavy deployment of security forces brought an uneasy calm on Thursday, a police official said.

The violence began over a disputed new citizenship law on Monday but led to clashes between Muslims and Hindus in which hundreds were injured. Many suffered gunshot wounds, while arson, looting and stone-throwing has also taken place.

At the heart of the unrest is a citizenship law which makes it easier for non-Muslims from some neighbouring Muslim-dominated countries to gain Indian citizenship.

Critics say the law is biased against Muslims and undermines India’s secular constitution.

New Delhi has been the epicentre for protests against the new law, with students and large sections of the Muslim community leading the protests.

As the wounded were brought to hospitals on Thursday, the focus shifted on the overnight transfer of Justice S. Muralidhar, a Delhi High Court judge who was hearing a petition into the riots and had criticized government and police inaction on Wednesday.

Law minister Ravi Shankar Prasad said the transfer was routine and had been recommended by the Supreme Court collegium earlier this month.

The opposition Congress party leader Manish Tiwari said every lawyer and judge in India should strongly protest what he called a crude attempt to intimidate the judiciary.

Information and Broadcasting Minister Prakash Javadekar said inflammatory speeches at the protests over the new citizenship law in the last few months and the tacit support of some opposition leaders was behind the violence.

“The investigation is on,” he said.

Cyclone Idai death toll now above 1,000 as thousands of cholera cases are reported

HARARE, Zimbabwe, April 11: The death toll from the cyclone that ripped into southern Africa last month is now above... Read More...

NAIROBI, Sept 23: It was a stunning discovery. As rescue divers probed a capsized Tanzanian ferry two days after the... Read More...

Induction stove an alternative for people during lockdown
15 hours ago
NA plane departs for Guangzhou, China to bring medical equipment
8 hours ago

'Medics at some private hospitals working without PPE'
16 hours ago

Nepal Airlines aircraft meets with accident while landing at Nepalgunj airport, all on board safe
10 hours ago

Amid shortage of PPE, National Innovation Centre begins its manufacturing in Bhaktapur
9 hours ago