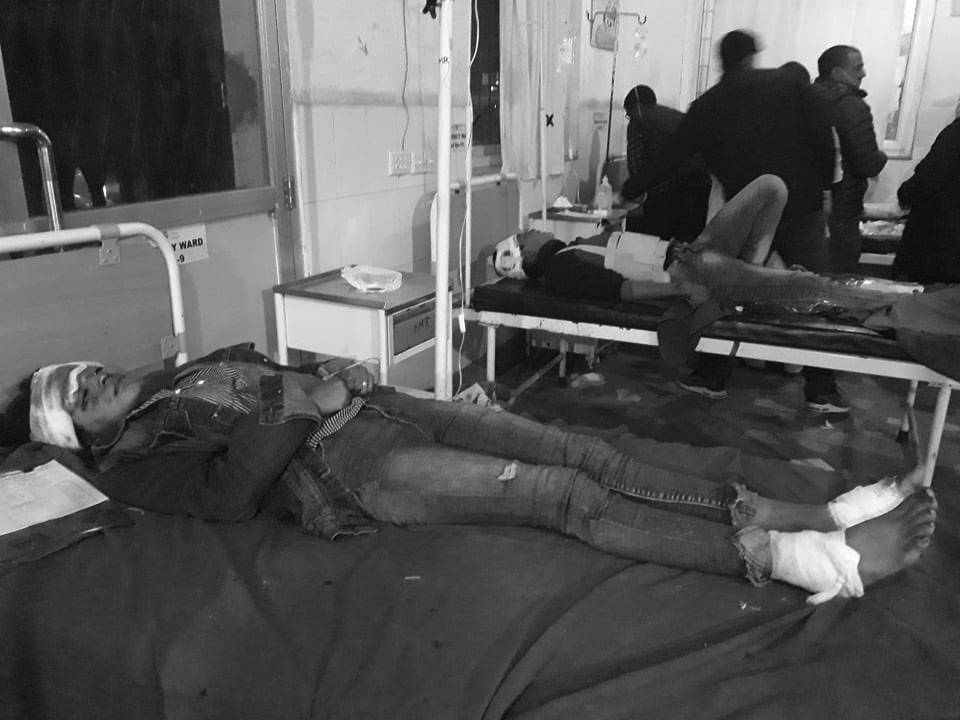 DANG, Dec 22: The death toll in the Dang bus accident has reached 23. Among those killed are four women and 19 men. Similarly, 15 people have sustained critical injuries.

Similarly, those who succumbed to their injuries while undergoing treatment at Kohalpur Medical College are Atish Nepali of Jajarkot, Hikmat Bohara of Jumla, Khemraj Bhatta of Kanchanpur and Birendra Kandara of Juma Kankasundari rural municipality-5.

The injured have been referred to Kohalpur Medical College after preliminary treatment at Rapti Zonal Hospital, Dang.

The ill-fated bus (Ba 4 Kha 9766) was on its way back to Dang with students and teachers from Martyr Krishna Sen Ichchhuk Polytechnic Institute when it skidded off the road and plunged some 600 meters down into a gorge. They were headed home from an educational trip to Mulpani Botanical Park at Kapurkot, Salyan.

A total of 37 people – 32 students, two teachers and three bus staffers – were travelling in the bus.

The accident comes at a time when road accidents have spiked across the nation. Last Friday, 20 passengers died when an overcrowded mini-truck fell 300 meters from the road at Dupcheshwar Rural Municipality-7, of Nuwakot. Serious concern has been raised about lack of road safety in Nepal.

11:55 AM: Severely injured ones have been taken to Kathmandu for further treatment. With the coordination of Chief Minister of Province 5 a helicopter has been sent to Kohalpur.

DANG, Dec 23: Three passengers died and 22 were injured on Thursday when a bus heading to Butwal from Ghorahi skidded... Read More...

One dies in road accident in Dang

DANG, Sept 26: A child was killed in a road accident at Pawannagar-5 Kumalgaudhi in the district this morning, said... Read More...