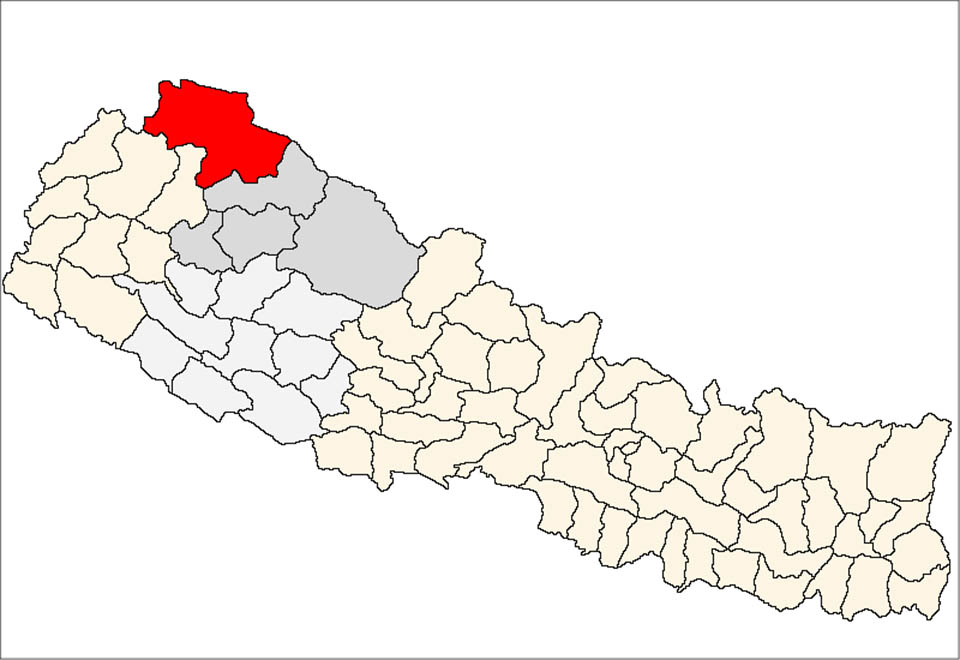 HUMLA, April 27: Eight people have died due to an unknown disease in Tanjakot rural municipality of Humla. More than a dozen others have been taken ill. "Eight people have died as of Friday due to the disease that spread since the past week", said health worker at the Maila Health Post, Moti Lal Joshi.

The disease is reported to have spread following rainfall a week ago. Those affected by the disease suffer from headache, dizziness, chest pain and fever, before succumbing to it. Majority of those who died were also found suffering from asthma or respiratory problems, according to the rural municipality chair Bagchal Chatyal Malla.

Meanwhile, a medical team is leaving for the affected area from the State government, Social Development Ministry, according to municipality chair Malla. Lack of proper treatment and identification of the disease is helping it spread further, with the local health posts lacking personnel as well as an essential medicine. RSS

HUMLA, April 30: A mystery disease, which has been terrorizing the locals of Tanjakot Rural Municipality in Humla for the... Read More...