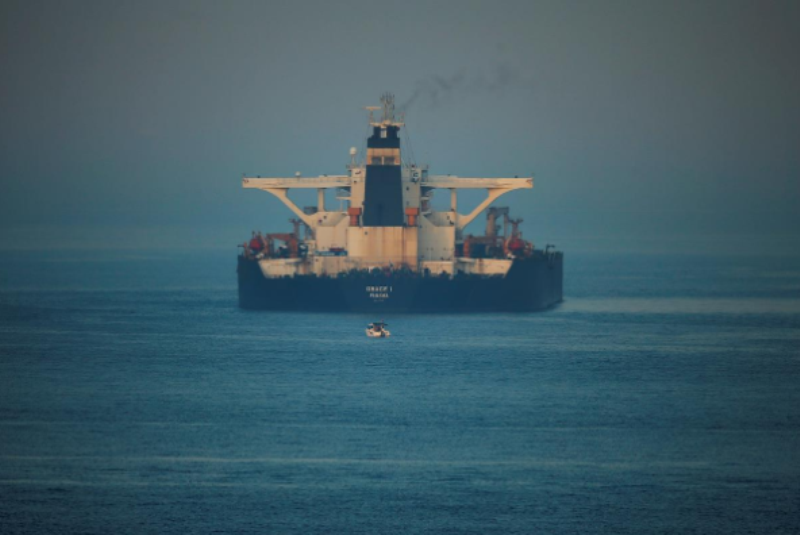 LONDON/GIBRALTAR, August 15: The United States has applied to seize the Iranian Grace 1 tanker in Gibraltar commandeered by British Royal Marines in the Mediterranean last month, complicating a possible tanker swap between Britain and the Islamic Republic. The Grace 1 oil tanker was seized by marines in a daring landing in darkness off the coast of the British overseas territory on July 4. Gibraltar said the tanker was suspected of smuggling oil to Syria in breach of European Union sanctions.

As tensions grew with Tehran, Iran’s Revolutionary Guards seized the British-flagged Stena Impero in the Gulf on July 19.

Gibraltar was due to release the Grace 1 vessel but just hours before, the U.S. Department of Justice sought to seize it.

“The U.S. Department of Justice has applied to seize the Iranian supertanker Grace 1 in Gibraltar, just hours before the Gibraltar Government was poised to release it,” said the Gibraltar Chronicle newspaper, which was first to report the news.

The Gibraltarian court’s chief justice, Anthony Dudley, made clear that were it not for the U.S. move, “the ship would have sailed,” the Chronicle reported.

It was not immediately clear to what the U.S. Justice Department’s application related.

The application means that a decision on the fate of Grace 1 will not be made until later on Thursday. The government of Gibraltar did not immediately comment on the report.

The captain and three officers of the Grace 1 have been released from arrest.

A source in Gibraltar told Reuters ahead of the court hearing that the Grace 1 would likely be allowed to leave, stoking speculation about a possible tanker swap with Iran.

No entry for Madhav Nepal in UML: Oli
23 hours ago

Seven towers ready for construction of transmission line
46 minutes ago