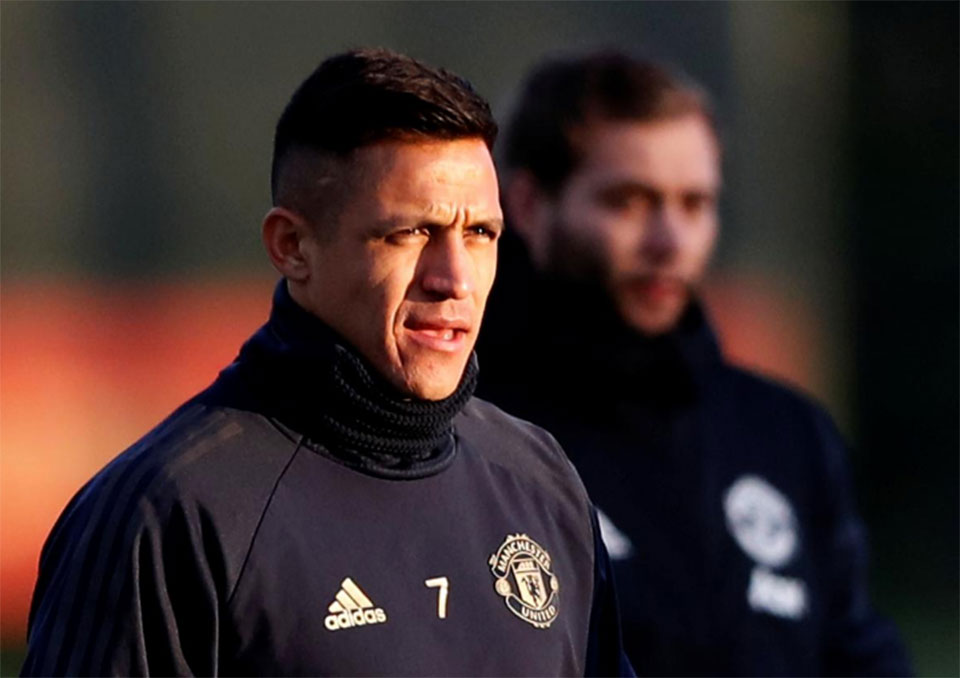 MANCHESTER, Nov 30: Manchester United's Alexis Sanchez is doubtful for Saturday's Premier League visit to Southampton after suffering a hamstring problem in training on Thursday, the club said on their website here.

The injury to the Chile forward, who was left out of the squad for Tuesday’s Champions League victory over Young Boys, “will require further investigation to confirm its severity”, the club added.

Sanchez came off the bench in this month’s league games against Manchester City and Crystal Palace but last started in the victory at Juventus in the Champions League on Nov. 7.

United are struggling in seventh place in the league with 21 points from 13 games ahead of the trip to St Mary’s.

British media also reported on Thursday that United have exercised their option to extend goalkeeper David De Gea’s contract for another year as talks continue on a long-term deal.

The Spain international’s contract was due to finish at the end of the season, which would have allowed him to sign a pre-contract agreement with an overseas club from Jan. 1.

Manager Jose Mourinho on Tuesday hailed De Gea, 28, as the best keeper in the world after United clinched a place in the Champions League last 16 and said the Spaniard, whose superb save kept out the Swiss, wanted to remain at Old Trafford.

“...I know he wants to stay, I know his agent is happy to do what the player wants and I also know the board want him to stay and they are working on that so hopefully sooner or later they reach a conclusion,” Mourinho told reporters.

Unlocking the lockdown
17 hours ago

How can we revive the energy sector post-COVID-19?
19 hours ago