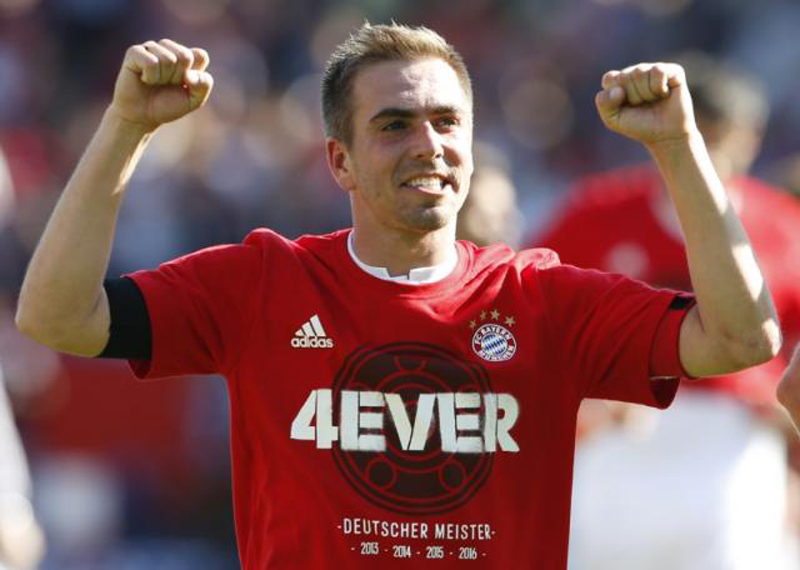 Manchester United continued their push for a top-four finish with a comfortable 3-0 victory at champions Leicester City on Sunday, extending their unbeaten Premier League run to 15 games.

Henrikh Mkhitaryan open the scoring with a cool finish after he galloped onto Chris Smalling's header in the 42nd minute and, with Leicester's defence still recovering, Zlatan Ibrahimovic added a second two minutes later.

Juan Mata stroked home their third goal after some delightful link up play with Mkhitaryan in the 49th and United easily closed out the game against a Leicester side who have yet to score a league goal in 2017.

United stay sixth on 45 points but have cut the gap to Liverpool and Arsenal, one and two points above them in fifth and fourth respectively, while Leicester are 16th -- one point above the relegation zone.

"When we are playing football, one-two passes are very easy no matter which position. We tried to change the formation during the game and that's not something that is new for us.

"In this game the manager thought it was better I play behind the striker. It was his decision and I agreed and I was trying to do my best."

Although United arrived at the King Power Stadium unbeaten in 14 league games, three straight draws had halted their momentum.

Having seen Arsenal and Liverpool lose on Saturday, United were keen to increase the pressure on their rivals for a top-four place but they did not have it all their own way in a passionate, full-blooded opening.

A committed Leicester had the better of the first 30 minutes but eventually, after the tactical reshuffle, United's class told with Mkhitaryan surging clear to score a superb opener.

United were in the ascendancy and doubled their lead when Ibrahimovic wrong-footed goalkeeper Kasper Schmeichel to slide home his 15th league goal this season.

The halftime break did nothing to halt United's momentum and, with Mkhitaryan dictating proceedings, they added a third when Mata finished off a silky move having collected the Armenian's precise return pass.

Leicester avoided the ignominy of conceding any more goals but it was another miserable performance and their fourth successive league defeat.

The champions have now won just two of their last 15 league matches and sit precariously close to the drop zone.

MANCHESTER, March 20: Manchester United have extended Ashley Young’s deal for an extra year by triggering a one-year option in the... Read More...

With its out-of-form captain on the bench, United scored four goals in a sparkling first-half display and overwhelmed champion Leicester... Read More...

Bishwa Prakash's question to Oli: When will you get rid of 'Congress phobia'?
11 hours ago