In a reverse to the norm, Brown – who was appointed UNICEF’s youngest Goodwill Ambassador on World Children’s Day in 2018 – points out how children are often given instruction from adults, and now calls for adults to listen to children, according to a statement issued by UNICEF. 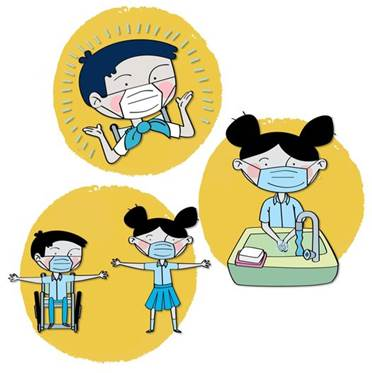 “We’ve listened to adults, but now it’s time for them to listen to us,” Millie Bobby Brown comments in the video. “It’s time to remind them that big changes can start small and that only together can we change the world.”

“Millions of children around the world are standing up for their rights on issues including climate, equality and kindness,” said Brown. “This video is a way to help lift their voices, draw more attention to these important issues, and make sure adults are taking on board what they’re saying.”

World Children’s Day – UNICEF’s global day of action for children, by children, celebrated every year on 20th November – aims to raise awareness for the millions of children that are denied their right to adequate health care, nutrition, education and protection, and to elevate young people’s voices as critical to any discussions about their future.

To celebrate the annual commemoration, stars and leaders from the worlds of entertainment, government, sport and business rally for children in support of their rights; children ‘take over’ high-profile roles to highlight issues that are important to them, and landmarks around the world turn blue.

To inspire confidence in the power and safety of vaccines, UNICEF is using the hashtag #VaccinesWork for the global campaign, centred around World... Read More...