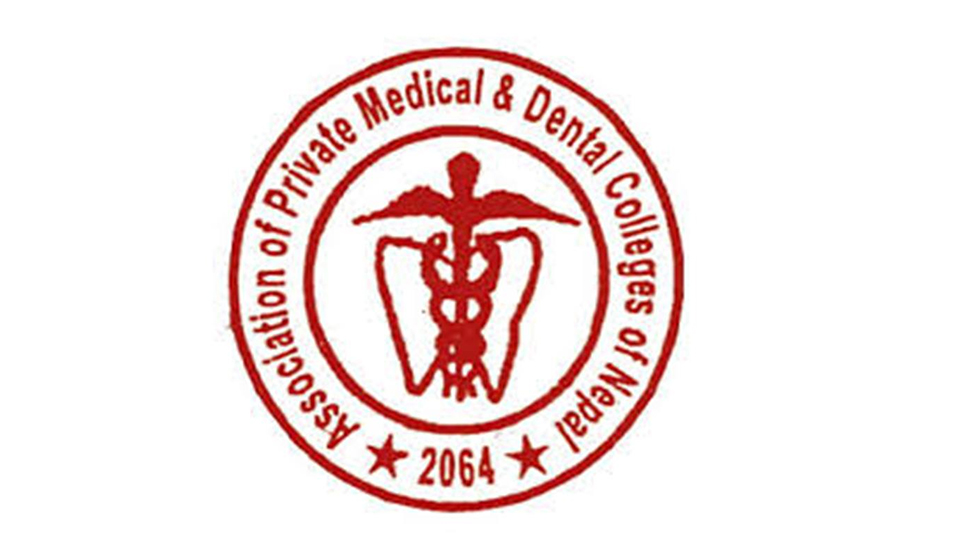 KATHMANDU, Sept 26: Private medical colleges have threatened to stop enrolling new batches of MBBS and MD students if the government does not provide a way out of legal and procedural ambiguities facing the admissions process.

Issuing a statement on Wednesday, the Association of Private Medical and Dental Colleges of Nepal said that the government’s ad-hoc policies were pushing medical colleges to the brink of collapse.

“In recent years, the government has been taking one decision after another to shut down the medical colleges,” reads the statement.

The statement, signed by representatives of various medical colleges across the country, has demanded legal and procedural clarity on quotas for domestic and foreign students, the admissions process and fee structure.

The warning comes at a time when pressure is mounting on medical colleges to return extra money taken from students during the admissions last year.

On March 26, in the wake of growing protests from medical students, the Ministry of Education directed the medical colleges to return money to students who had to pay exorbitantly during admissions last year. But the colleges didn’t heed their demands for refund.

For weeks now, medical students across the country have been carrying out protests demanding action against private medical colleges charging exorbitant fees. On Wednesday, Dr Govinda KC, the medical education reform crusader, said he would start a fresh hunger strike if the medical colleges didn’t comply with the government’s directive.

In October last year, the government had prescribed a fee of Rs 3.85 million for MBBS students inside Kathmandu Valley and Rs 4.245 million outside the Valley, excluding entrance, registration and accommodation fees. But private medical colleges have been charging up to Rs 5.50 million from each student.

KATHMANDU, Oct 16: At a time when the private medical colleges have been lobbying to increase the fees of MBBS... Read More...

KATHMANDU, Oct 18: The Office of the Dean at the Tribhuvan University's Institute of Medicine (IOM) has suspended the results... Read More...