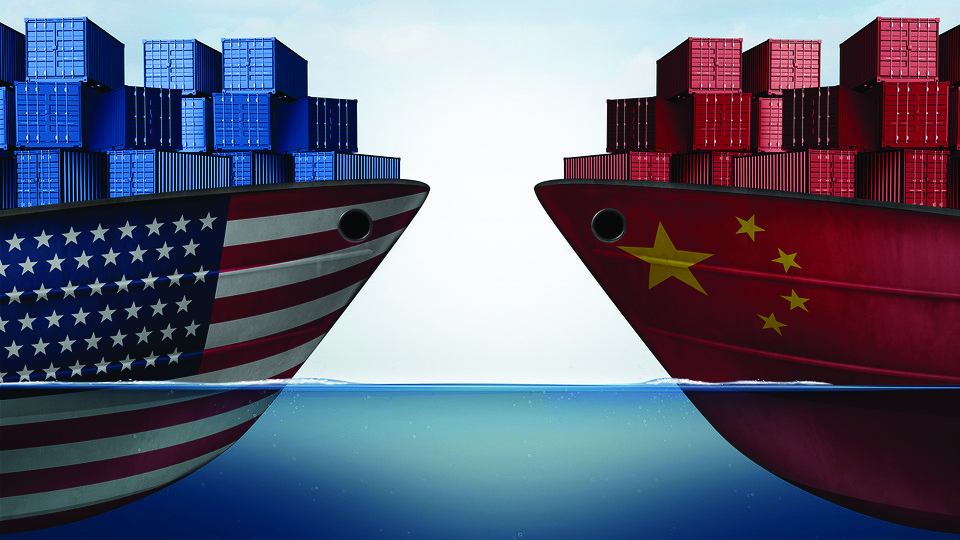 Attempts to contain and convert China will be counterproductive. Understanding China and working together with it to shape a secure and prosperous future is the need of the day

The success of China’s opening up and reforms has been the success story of the 20th century. China achieved a double-digit growth for over three decades, elevating itself from a predominantly agricultural economy to economic giant with global reach. China’s GDP grew from $202 billion in 1980 to $12.24 trillion in 2017. Today, China is the world’s second largest economy, with the largest foreign exchange reserves. It has the largest chunk of technical human capital. China is the largest trading nation, largest manufacturing hub and largest exporter of goods. China is also listed as the largest innovator in terms of intellectual property registration. China contributes the largest number of outbound tourists. In recent years, Chinese tourism has grown dramatically, rising from 5.3 million in 1997 to 130 million in 2017.  According to a world’s leading digital strategic website, Chinese tourists poured $258 billion into the global economy in 2017. This puts their spending double the US tourists’ and triple the German tourists’ spending. It also projects that China will generate more than 220 million tourists per year. In one projection by the European Commission, China will account for 28 percent of global GDP in 2050, compared with 16 percent for the US, 15 percent for the EU, eight percent for India, and five percent for Japan.

A recent Pew Research survey report show that 60 percent people believe that the US will become less important in the world over the next three decades, and 53 percent expect that China will claim its spot as the world’s main superpower. Foreign direct investments and Belt and Road Initiative (BRI) stand as the towering expressions of China’s growing economic might and geopolitical ambition.  Taken together, they demonstrate China’s enlarging political, strategic and diplomatic footprints with an impressive influence on the world stage. China advocates for a just and rules-based global order. The Chinese desire to enlarge their footprints far and wide is reflected in their desire for a new formulation in US-China relations—a new type of major power relations—that includes the mutual accommodation of “core interests.”

President Xi Jinping told the 19th Party Congress in October 2017 that Beijing would no longer shy away from world leadership. He stressed that “it is time for us to take center stage in the world and to make a greater contribution to humankind.” Chinese nation, he declared, “now stands tall and firm in the East,” and would be “a global leader in terms of comprehensive national power and international influence” by mid-century. This marks a clear departure from Deng Xiaoping’s doctrine of “hide strength and bide time.”

Professor of American Foreign Policy Michael Mandelbaum writes that Chinese are “conscious of their long history not only as a great civilization but also as the dominant power in East Asia.” He states that aspiration to resume that role had deep roots in Chinese political culture, which inspired the desire among the Chinese to translate their country’s economic success into wider political influence. Also pushing China toward an aggressive approach beyond its borders was a deeply embedded sense of grievance against the rest of the world.  Scholars like Yao Zhongqui argue that “with the renaissance of Chinese civilization, humanity will begin to enter the ‘Chinese moment in world history’ and that “China will fundamentally remake the world.”

This fundamental and rapid  transformation of China, both on external and domestic fronts, has been attributed by scholars like Professor of Social Sciences Ezra Vogel to ‘the highly developed Chinese tradition by the scale and diversity of Chinese society, by the nature of world institutions at the time, by the openness of the global system to sharing its technology and management skills, by the nature of the Chinese Communist Party, and by the contribution of large number of creative and hardworking people.”

When the Western world called the People’s Republic of China “Red China” and appeared reluctant to engage with it, Nepal was clear and remained a consistent advocate of China’s representation and role in the international mainstream.  Prime Minister BP Koirala made a forceful plea in his address to the 15th UN General Assembly on September 29, 1960 to accept China as its respected member. Koirala had said, “The United Nations can neither become universal nor can it reflect the political realities existing in the world today until the People’s Republic of China is given its rightful place in the organization. The United Nations will not be able to fulfill effectively some of its most important purposes and functions until the People’s Republic of China is brought in.”   Nepal has consistently maintained ‘One-China’ policy and does not allow its territory to be used against China.

In 1967, Richard Nixon in his Foreign Affairs article “Asia After Vietnam” wrote developments in Asia “present an extraordinary set of opportunities for the US policy which must begin to look beyond Vietnam.” He added that it was “unwise” to leave the world’s largest country by population—China—out of international mainstream for too long.  When Henry Kissinger, as US Secretary of State arrived in Beijing in July 1971, he told his host Premier Zhou Enlai: “Reality has brought us together, and we believe that reality will shape our future.”

On October 25, 1971, UN General Assembly voted for the “restoration of the lawful rights” to the People’s Republic of China and endorsed it as one of the five permanent members of the UN Security Council. The US normalized its relations with China on January 1, 1979.  China’s opening to reforms and integration into the international systems led to its progress by leaps and bounds and helped lift 660 million people out of poverty in one generation.  Its economic clout has translated into expanding diplomatic influence and strategic ambitions.

China has emerged as a great power. US National Security Strategy 2017 warns: “China and Russia challenge American power, influence and interests, attempting to erode American security and prosperity.”  Behind the present trade standoff between the US and China lies a great power competition for global preeminence. This competition has sparked fears of collapse in world trade, and fueled mutual suspicions and geostrategic rivalry. The US Deputy Secretary of State Robert Zoellick, who in 2005 urged China to be a “responsible stakeholder,” says in a recent article that “there is a better way to deal with Beijing, and America’s power stems from ideas not tariffs.”  Geopolitical landscape is challenging and interlocking.  Any attempts to contain and convert China will be counterproductive. China is no Soviet Union.  Understanding China and working together to shape a secure and prosperous future for all has become the compelling political reality as envisioned by BP Koirala seven decades ago.

China will continue to ramp up its efforts to create green cities. This means reducing air and water pollution, including... Read More...

9th National Games: Most events including inaugural and concluding ceremony to be held in Pokhara
42 minutes ago