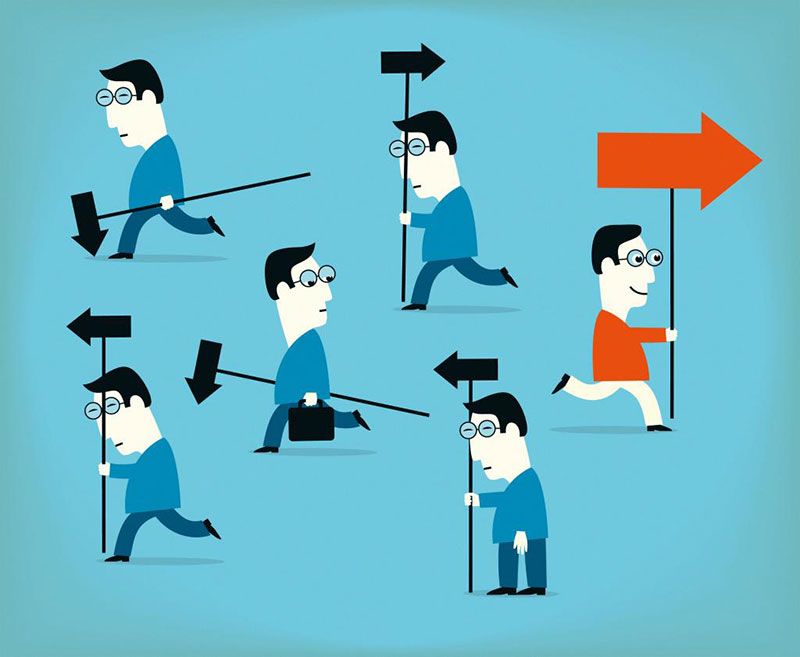 Academia has been belittled by political class and de-glamorized by the media
I have been invited to a couple of interaction sessions to discuss the gap between IT companies in Nepal and IT education imparted by IT institutes. The oft-repeated topic of such seminars is “Bridging the Gap between Industry and Academia, Moving Forward.”

IT companies believe that academic excellence alone is not enough. In other words, they do not have the luxury of training different nuances of software development to these fresh recruits due to cost factor. The educational institutions, on the other hand, argue that so long as IT companies continue to shirk from providing good internship opportunities to IT students, the IT companies cannot expect graduates to start delivering from day one as well.

Thomas Friedman in The World is Flat mentions IT as one of the ten flatteners that changed or “flattened” the modern world. According to him, it all began with the opening up of IIT (Indian Institutes of Technology) by Indian government.

Back then the idea did not have many takers due to costs associated with the project, especially at a time when the country did not have access to even basic education. IIT, therefore, was seen as an institute that would provide manpower to the world as there was very little possibility of their talent being utilized in India, which remained a low tech country until recently. The thrust of his argument is that IITs, “highly-competitive schools, which are subsidized by tax dollars, churn out highly-qualified, highly-skilled professionals in need of jobs.” It was a perfect recipe for ‘brain drain’.

Fast forward to 2000, known as Y2k in IT parlance, India was at a center of the world’s attention. The world, which had ‘sophisticated’ software applications embedded into their systems panicked fervently as no one knew the consequences of the last two digits of the year being set to ‘00’.

Given that older systems had the year represented by two digits—1981 as ‘81’, or 1993 as ‘93’ for example—there was a speculation that as soon as systems would hit the year 2000 or ‘00’, every system would reset. The majority of Indian IIT graduates pounced on this opportunity. They returned to India to open up consultancy firms to cater to panicky corporations and governments. India made a transition from software ‘consulting’ to software ‘developing’ country. IITs define modern India today.

As I was strolling outside the Harvard Square a few years ago, I saw a banner that read “Occupy Harvard”. Tents were put up inside the campus.

People were having discussions and presentations in groups. One of the major demands of these activists was an end to economic inequality in Harvard itself. But the larger motive of the movement was to create a forum that would stop Harvard’s increasing influence on US politics and policies, even at global scale.

Where do these examples lead to?

For Nepal, the past one decade has been a decade of transition. Kul Chandra Gautam starts his book Lost in Transition by saying that we are in times of “perpetual transition”. The change of government every year or so bears testimony to his claim.

But we are also living through the most crucial times. Steps taken at these times will have direct bearing in country’s future. It’s the time to weigh the pros and the cons of, say, implementing the federalism as well as the policies that ensure financial and social inclusion for all.

It’s not that these vital issues aren’t being discussed. We do have several parliamentary committees to look into each aspect. Popular leader Gagan Thapa heads the committee on Agriculture and Water Resources. Ironically, there is nothing to suggest that he is an expert in agriculture or water resources. But while we have accepted persons without academic background on “finance” as finance ministers, why pick on a committee chair?

More recently, the government made a startling decision that seems to have gone largely unnoticed. It made an amendment to the existing regulation that required a minimum of bachelor’s degree and five years of related experience for anyone to become “advisor” to the government.

The main problem is undermining of the academia by the political class and perhaps its de-glamorization by the media. I understand that it would be foolhardy to think about institutes like Harvard and IITs in Nepal and expect them to influence our policy making.  However, we must acknowledge that we are making a mistake by disregarding the opinions of the ‘experts’ from whatever institutes we have. It’s appalling to see barely educated people charting out a path for future Nepal.

We seldom get to read opinions about experts in the related fields. We have been reduced to such a state that we have easily accepted anyone holding any of key position is a person of “clean image”. In our pursuit for ‘corruption-free society’, we have easily thrown qualification and knowledge out of the window.

Take our ambassadors. We have been appointing them arbitrarily. While one might argue that given the state of affairs, it really does not matter whom we appoint, we do need to appoint those with expertise. There cannot be greater mockery of the system when we criticize non-performances of unqualified ambassadors we appoint.

The debate over education slump is here to stay. Even if everything goes as planned, the state of perpetual transition will continue. Given this, it’s imperative that debates over the new Nepal take place in auditoriums of universities and colleges and opinions are gathered from experts.

Let there be space for experts. We can start with advisors.

The expensive private hospitals in Kathmandu and beyond have the passion for conducting research of public health importance. The names... Read More...