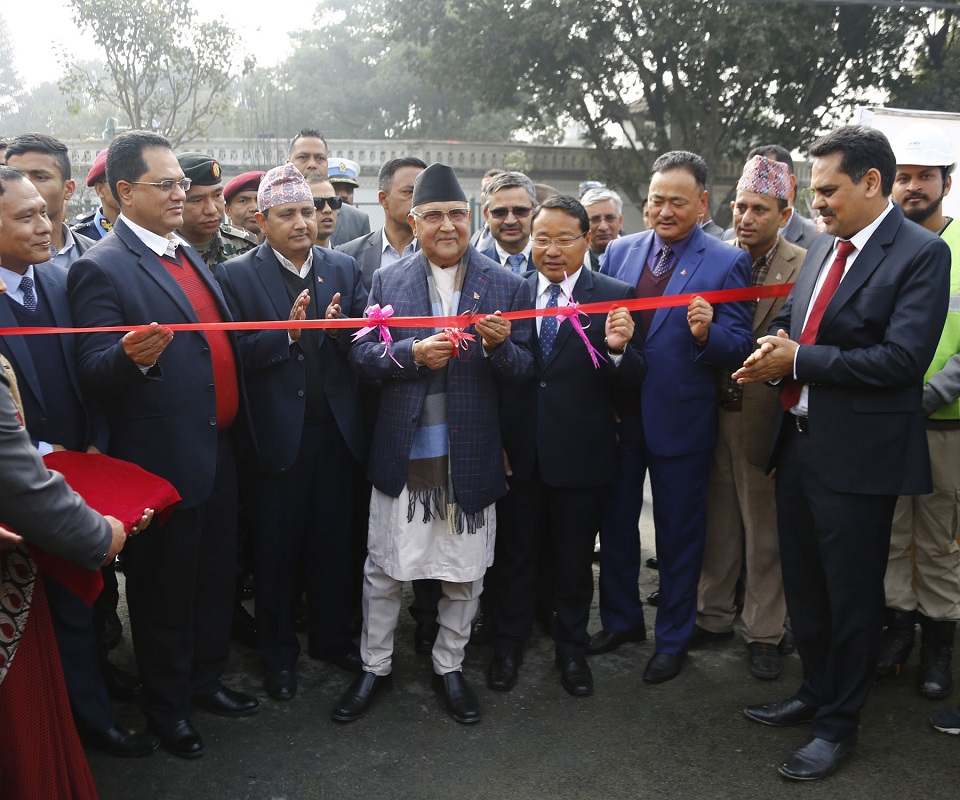 Prime Minister KP Sharma Oli today inaugurated the project amid an event here. In the first phase, the project will start in Maharajgunj and Ratnapark areas and expand to other areas gradually, according to the government's plan.

The project has been initiated by the Nepal Electricity Authority under the direction of the Ministry of Energy, Water Resources and Irrigation. Addressing the event, PM Oli said with this, a new chapter of development has started. Installation of underground telephone, electric and internet cables would add to the beauty of the cities, he said. 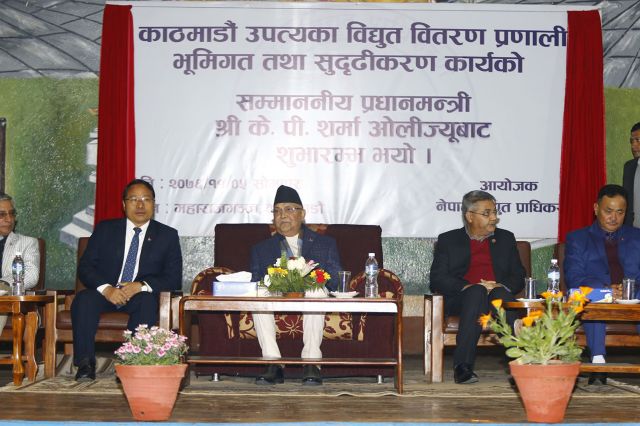 "Stray wires will be removed under this project. Now the cities will glow," he said, adding that the project would be expanded to major cities of the country. Efforts are underway to remove tuine ( ropeway) from across the country, he said in another context. Blacktopping roads six kilometers a day is taking place since the incumbent government was formed and around 3,000 kilometers roads have been blacktopped in a period of two years, according to him.

The government was at work to expand electricity to all places of the country and export electricity in the next two years, he said. "The country has got only 500 megawatts in the past over 100 years and 500 megawatts have been added in recent years," he said. He assured of power production on a large scale in the future. 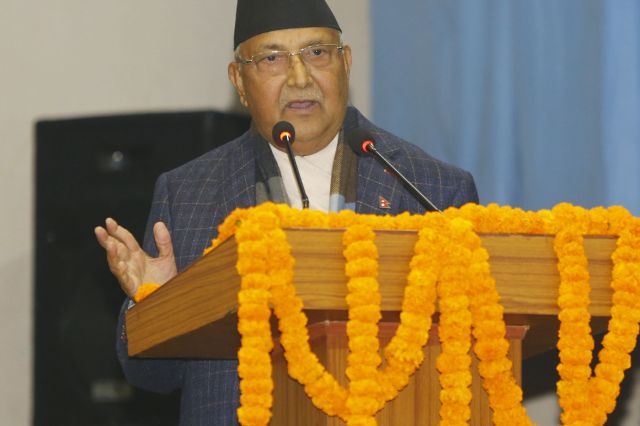 As he said, power consumption rate will also be increased gradually. According to the Prime Minister, in the past, Nepal was facing a brain drain and a campaign has begun to bring such human resources back to home.

The government has taken up the much needed work of installing underground electric wires in the Kathmandu Valley. ... Read More...

Doubt over justice as panel moves to select TJ officials

KATHMANDU, Nov 19: Conflict victims waiting for justice for decades now feel cheated once again by the government with the... Read More...

I was in grade seven in school when a fellow classmate asked me if I knew what ‘sex’ meant. I... Read More...

Cement production cut down by 70 percent
7 hours ago

Demand for resignation of CAN executive committee
42 minutes ago
Two injured as a man tries to self-immolate in Pokhara, woman's condition critical
1 hour ago

Far West of Nepal  at high seismic risk
1 hour ago