Under Trump, the Moon regains interest as possible destination 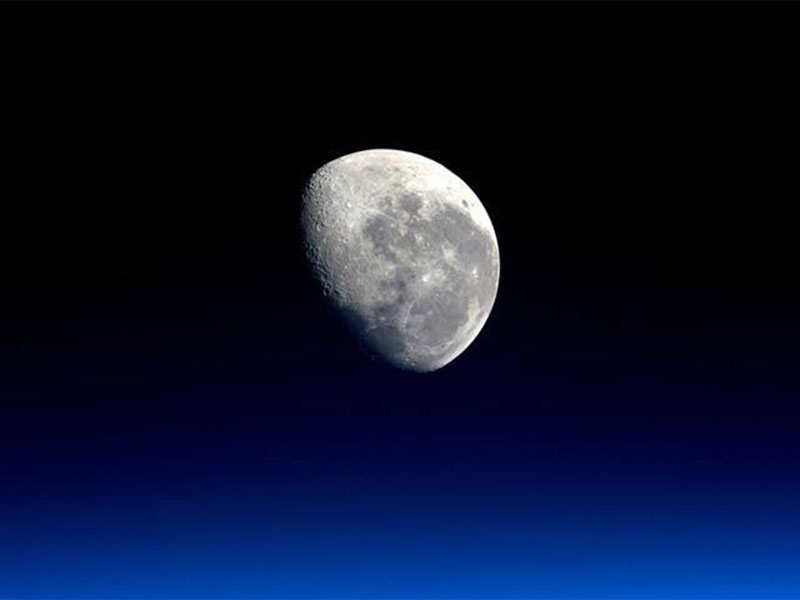 WASHINGTON, March 12: Dismissed by former US president Barack Obama as a place explorers had already seen, the Moon has once again gained interest as a potential destination under Donald Trump’s presidency.

Private sector companies, in particular, are energised by the prospect of future space exploration missions beyond low-Earth orbit, where the International Space Station circles the Earth.

Even though Trump himself has said little about the subject, his close circle and some former NASA officials have made clear their interest in returning to the Moon by way of partnerships with the private sector.

Billionaire Elon Musk, the president and chief executive of SpaceX, along with Amazon founder Jeff Bezos, who also runs a rocket company called Blue Origin, have met with Trump’s advisors several times since the Republican won the presidency.

“There is certainly a renewed interest in the Moon in the Trump administration,” said John Logsdon, former director of the Space Policy Institute at The George Washington University.

Some of Trump’s advisors worked on the Constellation programme, conceived by former president George W Bush with a goal to return humans to the Moon for the first time since the pioneering US Apollo missions of the 1960s and ’70s.

Obama cancelled Constellation, deeming it too costly and repetitive in nature, opting instead to work toward new and unexplored destinations like an asteroid and, one day, Mars.

“The people advising Trump on space in a sense are still angry at that and believe it was a mistake,” said Logsdon. “If the Trump administration gets out of the current chaos and if their approach to the budget would allow it, I think within the next 12 months, we will see a major space initiative involving a public-private partnership – hopefully, international partnership – focused on a return to the Moon.”

Eric Stallmer, president of the Commercial Spaceflight Federation, which represents the private sector of spaceflight, agreed. “I think the Trump administration wants to do something big and bold and the Moon is certainly that idea,” he said.

NASA’s current focus on developing what will be the world’s most powerful rocket, known as the Space Launch System, which will propel a new capsule, Orion, to deep space, one day carrying people around the Moon, to an asteroid or even to Mars by the 2030s.

“I think you cannot proceed with a mission to the Moon and beyond at this point anymore without a partnership with the commercial industry,” he added.

Since the US-run space shuttle programme ended in 2011, NASA has forged partnerships with private industry, including SpaceX and Orbital ATK, to resupply the International Space Station. SpaceX plans to start sending astronauts to the orbiting outpost as early as 2018.

SpaceX said last month it had signed its first contract to send two space tourists on a trip around the Moon at the end of 2018 but did not give many details, including the cost or their identities. SpaceX has also vowed to send an unmanned spacecraft on a journey to Mars in 2018, as a prelude to manned missions one day.

Meanwhile, The Washington Post reported that its owner Bezos is working on an Amazon-like delivery service to the Moon. The proposal has not been made public, but was circulated to the Trump team and NASA in the form of a seven-page white paper, the report said.

The goal of the project is to enable “future human settlement” on the Moon. “It is time for America to return to the Moon – this time to stay,” Bezos was quoted as saying in an email to the Post. “A permanently inhabited lunar settlement is a difficult and worthy objective. I sense a lot of people are excited about this.”

Oklahoma Republican lawmaker Jim Bridenstine, who has told Trump he wants to be the next NASA administrator, has praised cooperation between the US space agency and private industry and called for a return to Moon mission as a way to boost needed resources on Earth, such as water.

Research has shown billions of tonnes of water ice can be found at each lunar pole.

“Water ice on the Moon could be used to refuel satellites in orbit or perform on-orbit maintenance,” he wrote in a blog post in December. “Government and commercial satellite operators could save hundreds of millions of dollars by servicing their satellites with resources from the Moon rather than disposing of, and replacing, their expensive investments.”

This could translate into lower bills for users of satellite internet, television and radio services, he said. The lunar soil is also believed to be rich in rare Earth minerals that are widely used in electronic devices.

The Google Lunar XPrize Foundation is also in on the action, recently announcing its five finalists for a US$20 million award to the first team to land a robot on the Moon.