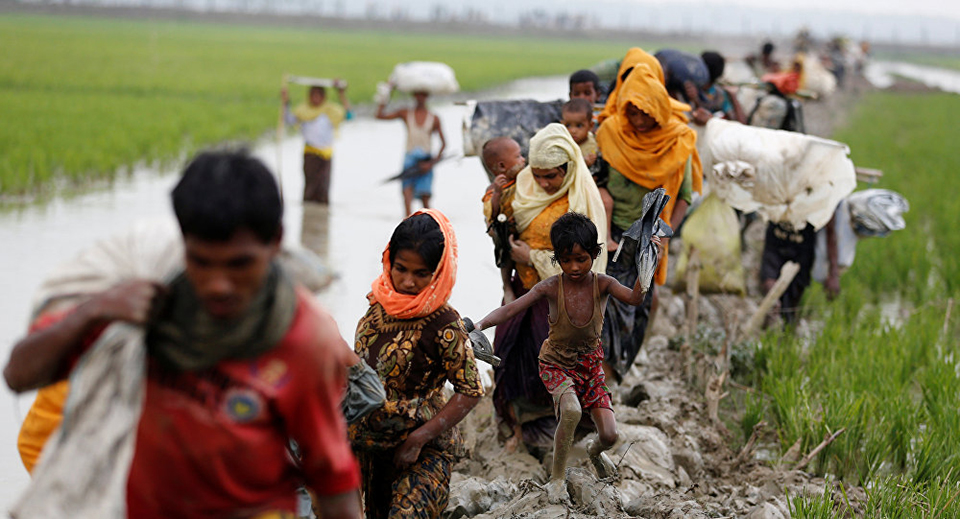 MOSCOW, Sept 19: A 444-page United Nations report released Tuesday said Myanmar's generals should be prosecuted for genocide for their actions toward the country's Rohingya minority.

The UN team said that Myanmar's military tactics had been “consistently and grossly disproportionate to actual security threats,” leaving 10,000 Rohingya Muslims dead and driving about 700,000 across the border to Bangladesh.

The report also contains satellite images, interviews with victims and photographs of wounds on survivors. One of the examples presented in the report described a coordinated attack carried out by Myanmar's navy and army on the seaside village of Koe Tan Kauk. It describes soldiers slaughtering villagers with knives and burning the community to the ground. The report claims there are reasonable grounds to believe that the violent actions in Myanmar were committed with the intention to destroy the stateless Rohingya nation, and it urged the UN General Assembly to levy charges of “genocide” against the perpetrators.

Marzuki Darusman, a former attorney general of Indonesia and head of the UN fact-finding mission on Myanmar, said that the country's military leadership should be removed. “I have never been confronted by crimes as horrendous and on such a scale as these,” he said in a statement.

The UN report was presented at the UN Human Rights Council in Geneva. Myanmar representative to the UN Kyaw Moe Tun called the report “one-sided” and “flawed.” Myanmar's army also has denied any misconduct and excessive use of force, insisting its campaign was justified by the need to root out Rohingya insurgents who staged deadly raids on Myanmarese border posts in August 2017.

The report came out hours before the International Criminal Court's prosecutor announced the preliminary probe into crimes against Rohingya Muslims, which could lead to a formal investigation and possible indictments.

"I have decided to proceed to the next phase of the process and to carry out a full-fledged preliminary examination of the situation at hand," ICC prosecutor Fatou Bensouda said in a statement, noting that the probe would take into account “alleged coercive acts having resulted in the forced displacement of the Rohingya people.”

The UN also recommended an arms embargo and targeted sanctions against individuals responsible for violent acts. It also called for a “comprehensive, independent inquiry” into the UN’s own role in Myanmar since 2011, condemning the organization for failing to avert the crisis through its “quiet diplomacy” approach.

“That approach has demonstrably failed; the United Nations as a whole failed to adequately address human rights concerns,” the report said.

THE HAGUE, Jan 23: The International Court of Justice on Thursday ordered Myanmar to take urgent measures to protect its... Read More...

JUBA, Nov 25: After coming face to face with "unpredictable" gun-waving children almost 25 years ago, the former commander of... Read More...