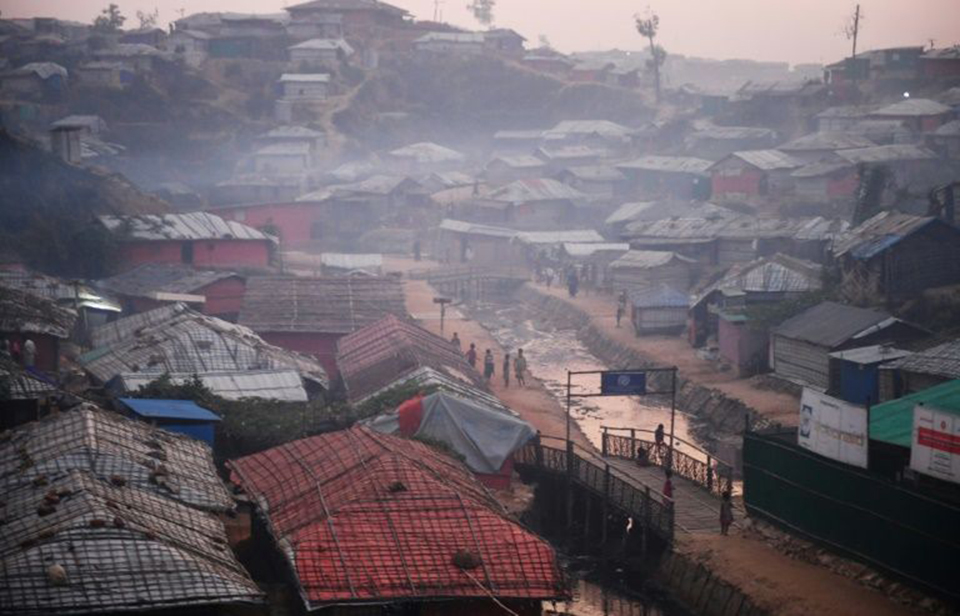 GENEVA, May 14: Myanmar's military commanders should be financially "isolated" and brought to trial to face charges of war crimes and genocide against the Rohingya minority, UN investigators said Tuesday.

The United Nations fact-finding mission on the situation in Myanmar called on the international community to cut off all financial and other support to the country's military.

Marzuki Darusman, who heads the fact-finding mission which just concluded a 10-day visit to surrounding countries, said drastic measures were needed since Myanmar so far had done little to resolve the egregious rights situation in the country.

"There has been no movement toward a resolution of the crisis," Darusman said in a statement. "The situation is at a total standstill."

Some 740,000 Rohingya refugees fled a military crackdown in August 2017 to cross into Bangladesh where 300,000 members of the persecuted Muslim minority were already in camps.

Many Rohingya refugees who fled said there had been mass rapes and slaughters in the villages, and in a report published last September, the fact-finding mission said there were reasonable grounds to believe the atrocities amounted to "genocide".

The investigators lamented Tuesday that "both military and civilian sides of Myanmar’s government persistently deny the facts and disclaim any responsibility for crimes under international law.

"Following this violence, Myanmar authorities have levelled empty Rohingya villages with bulldozers, effectively destroying criminal evidence, while making no substantive progress in resolving the ethnic animosities that have helped fuel the crisis," they said.

The UN fact-finding mission was not granted access to Myanmar itself, but during their visit to Bangladesh, Malaysia, Thailand and Indonesia, the investigators met exiled representatives from the Chin, Kachin, Shan and Rakhine ethnic communities.

"Meeting with these different ethnic communities only underscored our findings that the Tatmadaw (the Myanmar military) has over time committed similar atrocities against many of the ethnic groups living within the borders of Myanmar," expert Radhika Coomaraswamy said in the statement.

Another member of the team, Christopher Sidoti, said the investigators so far had "seen no evidence that the Myanmar government is acting in good faith to resolve the crisis or facilitate the safe return of refugees.

"The situation demands an increase in international pressure," he said.

"Due to the gravity of the past and continuing violations, attention must be given to the political, economic and financial ties of the Myanmar military – to identify who and what should be targeted so we can cut off the money supply as a means of increasing the pressure and reducing the violence," he added.

The fact-finding mission is due to present its final report to the UN Human Rights Council in Geneva next September, and will hand over its findings to a panel tasked with preparing criminal indictments.

COX’S BAZAR, Aug 22: The repatriation of hundreds of Rohingya Muslims appeared unlikely to proceed as planned Thursday after those... Read More...