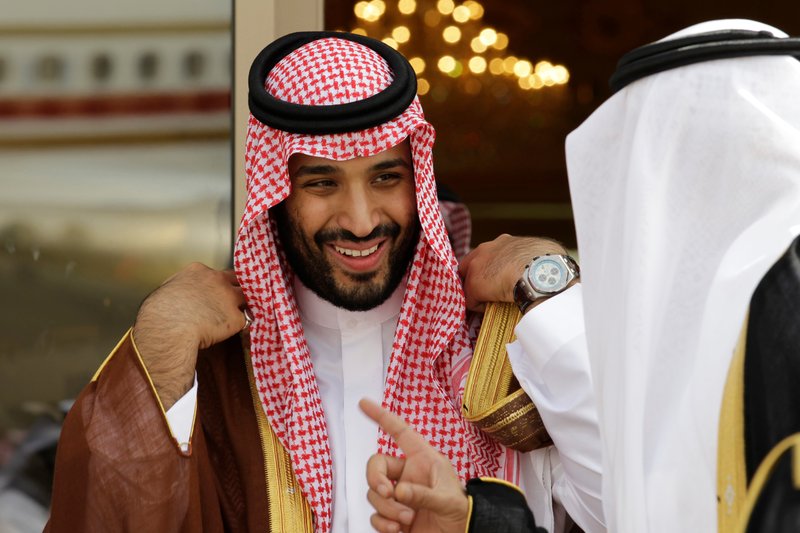 GENEVA, June 19:  An independent U.N. report into the killing of Saudi journalist Jamal Khashoggi said Wednesday there is “credible evidence” to warrant further investigation into the possible role of Saudi Crown Prince Mohammed bin Salman, and suggested sanctions on his personal assets.

The scathing probe is likely to further harden opinion against the crown prince in Washington and other Western capitals, where critics say an operation of this magnitude would have required the powerful prince’s knowledge and involvement.

The 33-year-old Saudi prince, who continues to have the support of his father, King Salman, denies any involvement in the killing, and the kingdom has blamed rogue Saudi agents for carrying out the operation. U.S. President Donald Trump has defended U.S.-Saudi ties in the face of the international outcry after the Oct. 2 slaying.

The 101-page report released by Agnes Callamard stated that the kingdom of Saudi Arabia is responsible for Khashoggi’s killing.

Khashoggi, a critic of the crown prince who wrote columns in The Washington Post, was killed, and believed to have been dismembered, inside the Saudi consulate in Istanbul by Saudi agents. His remains have never been found. Before his death, he had been living in self-imposed exile following a crackdown on activists and anyone voicing dissent inside the kingdom.

Callamard said her investigation had “determined that there is credible evidence, warranting further investigation of high-level Saudi officials’ individual liability, including the Crown Prince’s.”

There was also “credible evidence pointing to the crime scenes (in Turkey) having been thoroughly, even forensically, cleaned.” The report said this indicates that the “Saudi investigation was not conducted in good faith and that it may amount to obstructing justice.”

It added there was “no reason why sanctions should not be applied against the Crown Prince and his personal assets” — noting that sanctions regimes have been put in place in the past even before guilt was determined.

The report also offers a chilling minute-by-minute account of the events surrounding the killing based on audio shared by Turkish authorities and cites sounds of a buzzing saw that could have been used to dismember Khashoggi’s body.

It noted the “extreme sensitivity” of considering the criminal responsibility of the crown prince and his former adviser Saud al-Qahtani. Neither men have been charged in the slaying.

“No conclusion is made as to guilt,” Callamard wrote of the two men. “The only conclusion made is that there is credible evidence meriting further investigation, by a proper authority, as to whether the threshold of criminal responsibility has been met.”

Still, she played down the focus on a single person, writing: “The search for justice and accountability is not singularly dependent on finding a ‘smoking gun’ or the person holding it.”

She wrote that her focus was mainly on identifying those who may have failed in or abused their positions of authority.

The report also identified by name 15 suspects, of which 11 are on trial in Saudi Arabia. Five of those on trial may face execution under Saudi law.

The kingdom had not disclosed the names of those on trial and has kept trial proceedings largely secret.

The U.N. probe said the current trial of the 11 suspects in Saudi Arabia should be suspended because it fails to meet procedural and substantive standards. Callamard noted the trial is being held behind closed doors, and at least one of those identified as responsible for the planning and organizing of the execution of Khashoggi has not been charged.

While some diplomats have been allowed to attend some of the hearings, they were barred from disclosing their observations, she noted.

She added that she had received information about a “financial package” offered to Khashoggi’s children, “but it is questionable whether such package amounts to compensation under international human rights law.”

Callamard noted limitations on her inquiry, which began in January. She received no response to her request to travel to Saudi Arabia. She wrote that she had received only a total of 45 minutes of tapes recorded within the consulate around the time of the killing, while Turkish intelligence had referenced some 7 hours of recordings.

Based on “credible information”, Callamard concluded there was insufficient evidence to suggest that either Turkey or the United States knew, or ought to have known, of a real and imminent or foreseeable threat to Khashoggi’s life. There had been some speculation as the whether the CIA had known of a threat against Khashoggi and had failed to alert him, as is required by law.

The U.S. State Department has publicly designated 16 people for their roles in the killing of Khashoggi. Many U.S. lawmakers have criticized President Donald Trump for not condemning Saudi Arabia for the journalist’s killing.

UNITED NATIONS, Jan 8: The U.N. Security Council has put off a planned session on Congo and its closely watched... Read More...