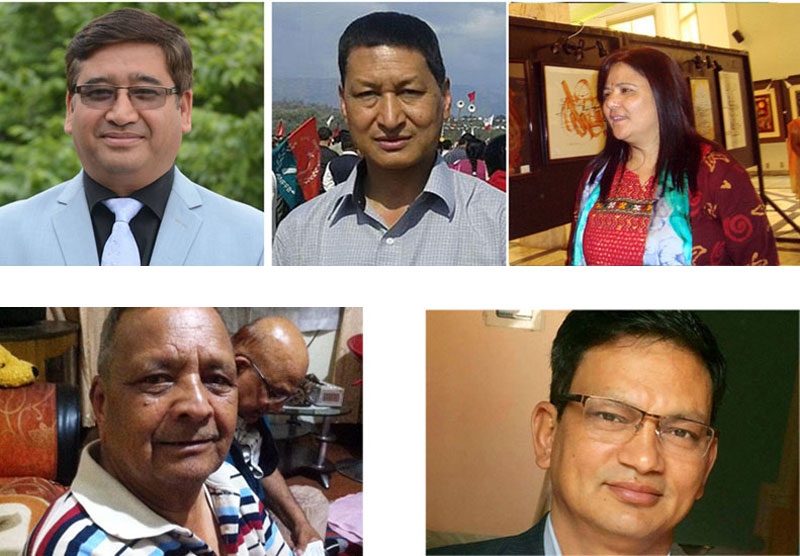 Despite wide speculation, the provincial committee has not recommended former mayor Keshav Sthapit and Gauri Pradhan.

"The provincial committee made an understanding that only cadres active in party committees should be recommended and we decided to forward the names recommended by Kathmandu District Committee to the standing committee," said Surendra Manandhar.

Among the recommended, Jeevan Ram Shrestha is central committee member of the party. He was member secretary of the National Sports Council twice and he is currently president of the Nepal Olympic Committee recognized by the International Olympic Committee.

Bidya Sundar Shakya is former ward chairman of the metropolitan city and he is secretary of the party's Kathmandu District Committee.

Bidur Mainali was deputy-mayor of the Kathmandu when Sthapit was the mayor of the capital city. Basanta Manandhar is former general secretary of the ANFSU while Kalpana Rijal is a leader active in All Nepal Women Association.

Among the recommended leaders for the post of deputy mayor, Sujita Shakya is party's central committee member. She is wife of party's standing committee member Shankar Pokharel. Shanti Adhikari is general secretary of All Nepal Women Association. She is daughter-in-law of former prime minister late Manamohan Adhikari.

KATHMANDU, May 2: The main opposition party CPN-UML has finalized the names of the candidates for the post of Mayor... Read More...