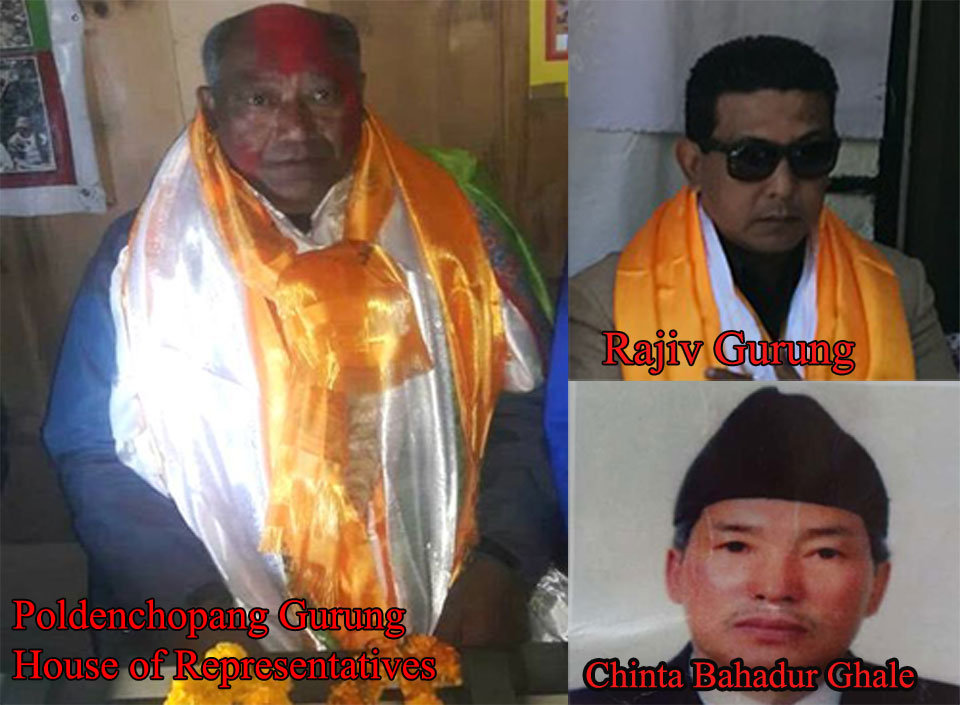 LAMJUNG, Dec 8: The final result of elections in Manang has released where CPN- UML has secured the position to the House of Representatives.

According to the Chief District Officer (CDO), Hari Prasad Pant, left alliance candidate Poldenchopang Gurung, who is the UML leader won the election for the House of Representatives. Poldenchopang secured 2,300 votes while his nearest Rrival Tek Bahadur Gurung from Nepali congress garnered 2,021 votes.

According to the Election office, out of 5,881 voters 4338 votes has been cast in the district. Out of the cast votes 16 votes has bogus.

NC opened its account from province ‘A’ where, Nc candidate Chinta Bahadur Ghale has won. Ghale secured 1,098 votes where his rival candidate from UML, Dhorje Dandul Gurung has garnered 896 votes.

Chief Election Officer Dipak Dhakal has published the formal winning list and congratulates all the winners.