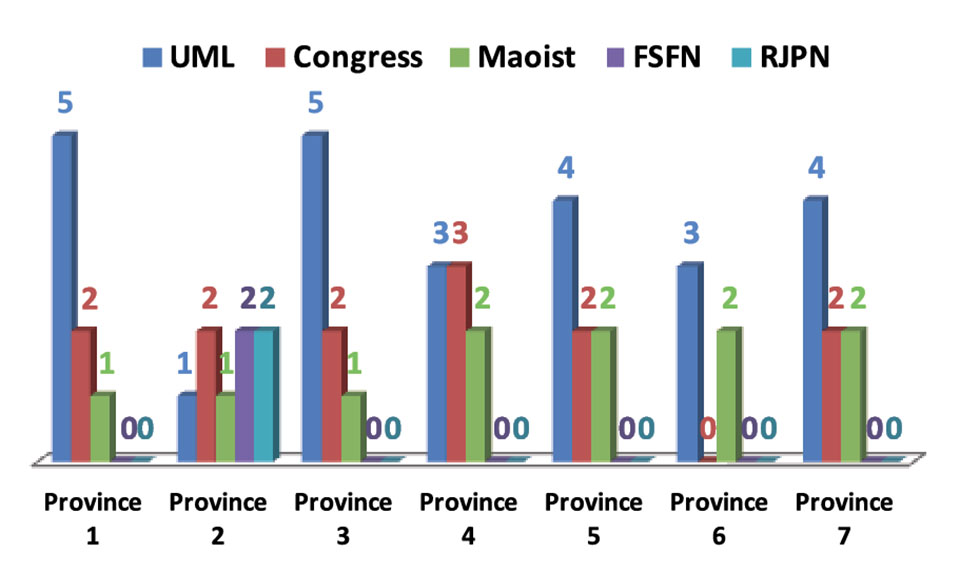 KATHMANDU, Feb 9: The CPN-UML has won nearly half the seats of the upper house in the elections held on Wednesday.

According to the Election Commission (EC), the UML which is poised to lead the new government won has 27 of the total 56 seats whereas the Nepali Congress (NC) has won 13 seats. The CPN (Maoist Center) bagged 12 seats followed by two seats each by Rastriya Janata Party Nepal and Federal Socialist Forum Nepal.

An electoral college comprising the chiefs and deputy chiefs of 753 local units and members of the provincial assemblies voted to elect the upper house members. Fifty-two members from 13 parties were in the fray for the remaining upper house seats although only five managed to secure upper house seats.

KATHMANDU, Jan 18: The CPN-UML has reached an agreement with the CPN (Maoist Center), its partner in the left alliance, on... Read More...