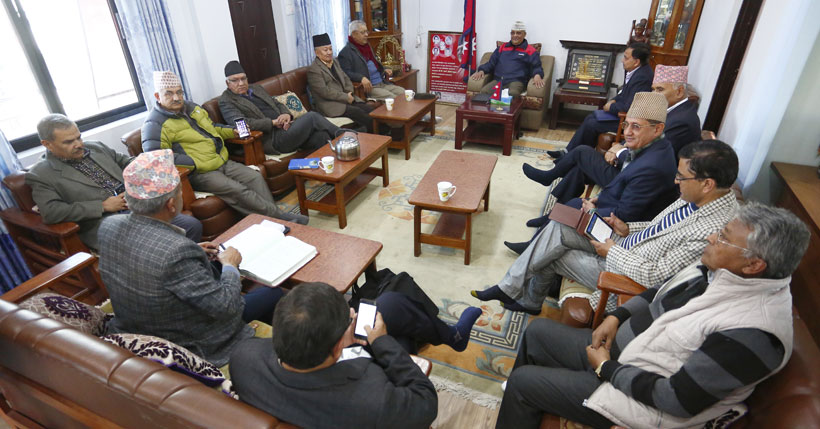 BHAKTAPUR, Dec 5: The CPN-UML has decided to intensify the ongoing agitation against the constitution amendment bill registered by the government at the Legislature-Parliament.

Informing media about the meeting, UML Spokesperson Yogesh Bhattarai said the protest against government's plan to amend the constitution would be widened across the country, taking the agitations to all seven provinces.

According to him, the date for the massive demonstrations in the provinces would be fixed later. Government's atrocity against protest would be debunked, he added, condemning the vandalism at party offices and at leaders' residence and interference in the programmes in different districts.

The party condemned the views from some persons in the government which are against social and communal harmony and hill-Madhes comity. It also appealed to all not to obstruct party's political programmes.

Moreover, Spokesperson Bhattarai said the party would try its best to unite the leaders from other parties to scale up the protest.

"India's interest, comment on the amendment bill and its activities are fully against diplomatic norms," he asserted.

NEPALGUNJ, Sept 27: CPN-UML senior leader Madhav Kumar Nepal on Tuesday clarified that his party is not against the constitution... Read More...