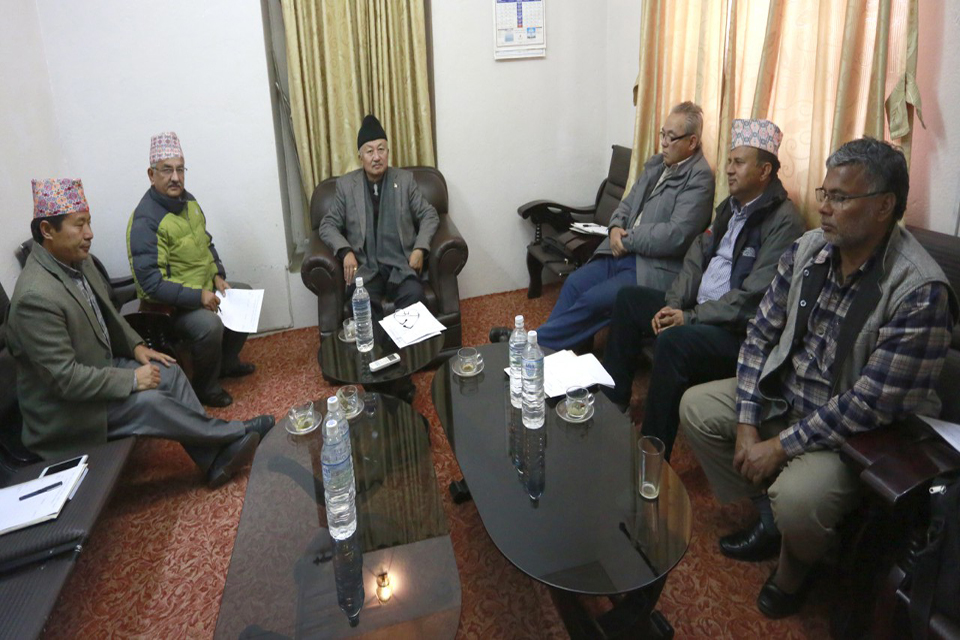 KATHMANDU, Jan 18: The CPN-UML has reached an agreement with the CPN (Maoist Center), its partner in the left alliance, on sharing of seats of the National Assembly. The 59-member National Assembly will comprise 56 directly elected representatives and three members nominated by the president on the recommendation of the cabinet.

As per a deal reached between the leaders of the UML and the Maoist Center on Wednesday, UML and Maoist Center would get 29 seats and 14 seats respectively. They shared the seats based on the strength of the two parties at the local units and provincial assemblies. The two parties have also agreed to initiate talks with smaller parties to influence the outcome for the remaining seats.

An appropriate strategy would be drafted for the remaining seats based on consultation with smaller parties, Matrika Yadav of Maoist Center said.

Members of the national assembly will be elected through a direct vote cast by a 2056-member electoral college consisting of the newly-elected member of provincial assemblies and chief and deputy chiefs of 753 local units.

The election, which is scheduled to take place on February 7, will elect seven representatives from each of the seven provinces.

Based on its strength at the provincial assembly and local units, the left alliance is likely to win nearly two-thirds of the National Assembly seats. The alliance's seats could increase further if it is able to forge a tactical alliance with smaller parties.

Five national parties are likely to have representation in the National Assembly in line with the principle to proportional representation outlined in the constitution. Of the eight seats each allocated to the seven provinces, the constitution has made it mandatory to elect three women and at least one member each from Dalit and disabled or minority groups.

KATHMANDU, Feb 9: The CPN-UML has won nearly half the seats of the upper house in the elections held on... Read More...

KATHMANDU, Jan 20: Top leaders of the CPN-UML and CPN (Maoist Center) have expedited negotiations on power-sharing in the new... Read More...

KATHMANDU, Feb 7: Election to the National Assembly was held on Wednesday in six provinces of the total seven, paving way... Read More...