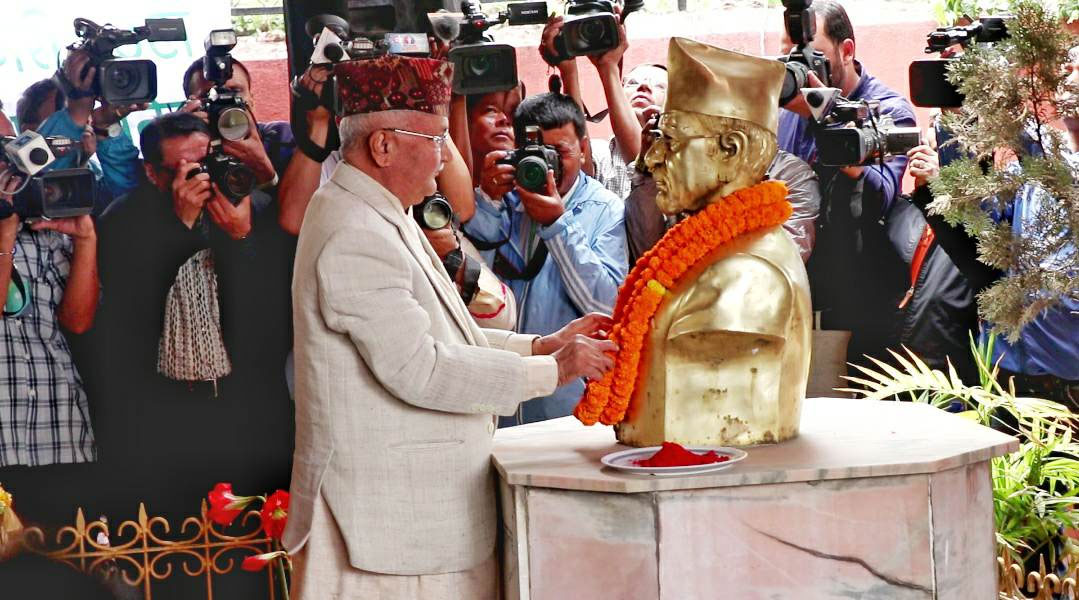 CPN-UML organizing an event to mark the 19th Memorial Day of late UML leader Manamohan Adhikari in the capital on Thursday. (Sujan Shrestha/Republica)

KATHMANDU, April 26: CPN-UML has organized a special program to mark the 19th Memorial Day of late UML leader Manamohan Adhikari in the capital on Thursday.

Speaking on the occasion, Prime Minister Oli said,” We are leading the country on the path shown by late Manamohan Adhikari with a set objective. If we achieved the aim it would be a real tribute to him,” adding, “If we only commemorate the memorial day leaving the country in haywire, it will be meaningless.”

Prime Minister Oli also laid a garland on the monument of late Adhikari and released a book titled “Manamohan Adhikari: Nepali Rajnitima Chha Dashak” written by Dhakaram Sapkota. The book is about Adhikari’s life and his contributions made by him to the field of Nepali politics.

31st Prime Minister of Nepal representing CPN-UML, Adhikari is remembered for his popular leadership that lasted for nine months between 1994 to 1995. 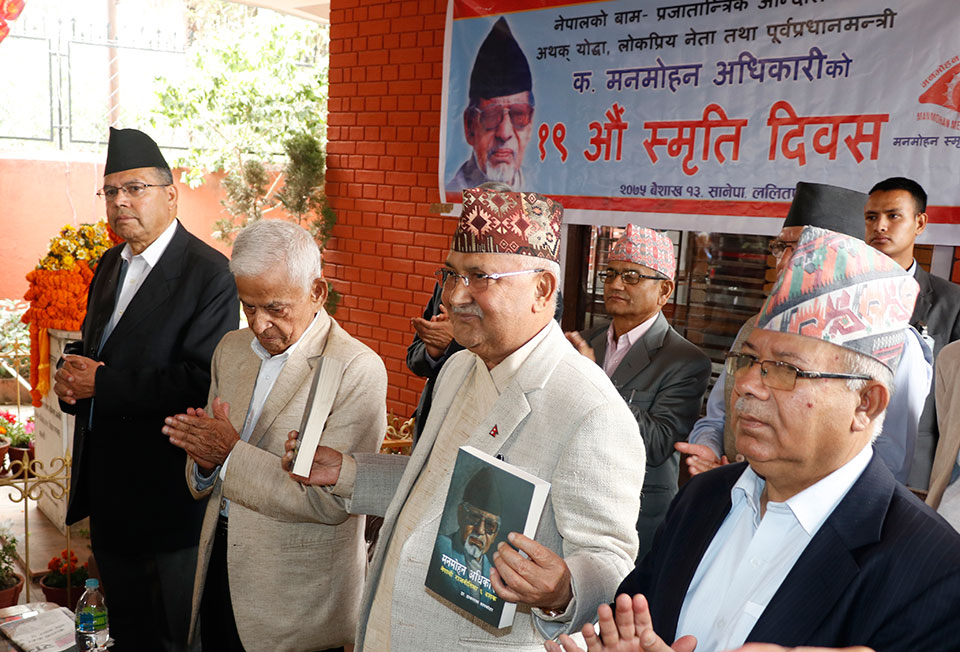 JSP decides not to join Oli govt, but ‘not to miss opportunity to form govt under its leadership’
13 hours ago

Kathmandu Valley has 39,305 active coronavirus cases as of Tuesday
10 hours ago