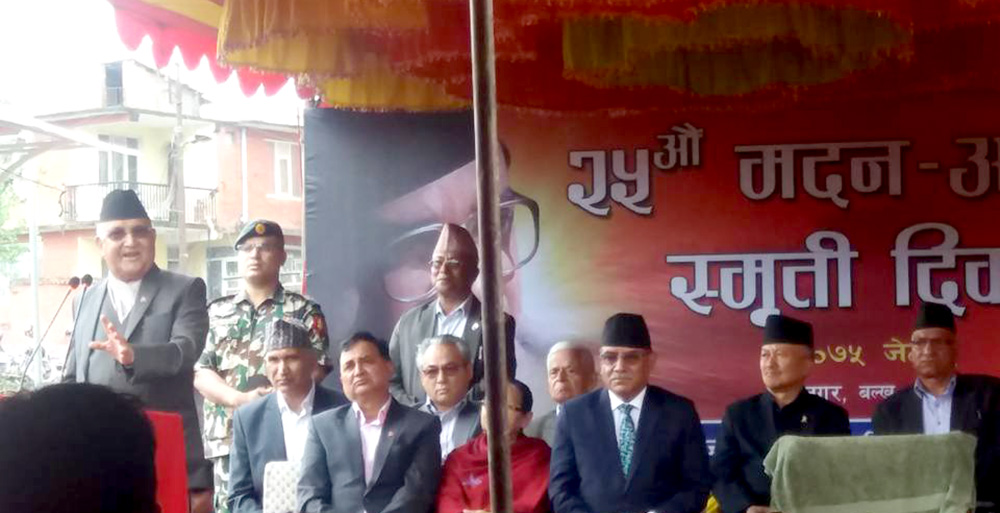 KATHMANDU, May 17: Prime Minister and CPN-UML Chairman KP Shama Oli has said the unified party will be registered by today evening by fulfilling the process.

Speaking at the 25th  Madan-Ashrit Memorial Day organized at Balkhu on Thursday, PM Oli said, “There is no reason to prolong the party unification and that the new party will be registered today itself.” He claimed that the unified party will have greater support of the Nepali people.

He further said that communists have forgotten to get divided. Now they only know how to construct and get united.

Lauding leader Madan Bhandari as the most influential leader of the 21st century, Oli stated that the road taken by him is getting wider day by day. His political line will have further impact in the political arena in the coming days.

Meanwhile, Oli also flayed the media saying the reports covered by them about UML-Maoist Center unification are ‘misleading’ and 'baseless'.