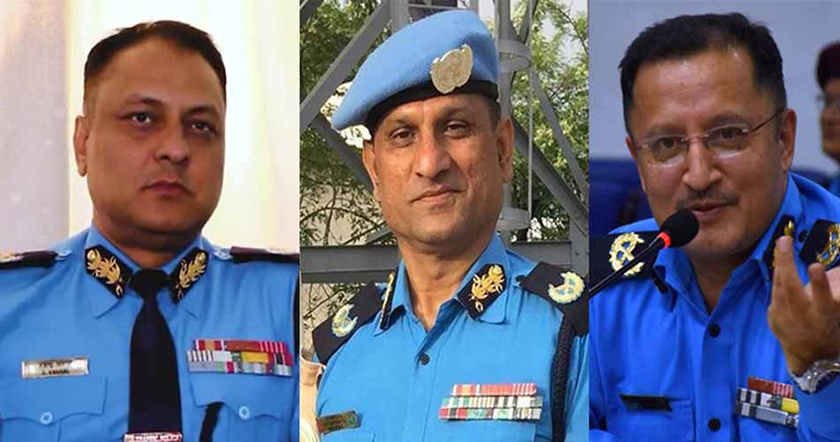 KATHMANDU, April 10: Due to the clash between CPN –UML and CPN (Maoist Center) on the appointment of Inspector General of (IGP) of Nepal Police and Armed Police Force, the meeting ended inconclusively.

The meeting of the Council of Ministers took place at the Prime Minister’s Official residence, Baluwatar, to hold talks on the appointment of IGPs of Nepal Police and Armed Police Force on Tuesday.

Along with IGP Prakash Aryal, all AIGs of Nepal Police and IGP Singha Bahadur Shrestha of Armed Police Force will retire from their posts following the completion of 30-year service period from tomorrow.

PM Oli claimed that the IGP will be appointed without any clashes during his tenure. However, the row seen between two ruling partners, who are going to merge their parties into a new one, the appointment of IGPs is likely to invite clashes between them.

Outgoing Prakash Aryal had been been appointed as the 25th IGP of the Nepal Police amid row between Jaya Bahadur Chand and Navaraj Silwal.

In the meeting, UML stands in favor of DIG Puskar Karki while the Maoist Center is in favor of DIG Sarvendra Khanal. According to sources, Prime Minister KP Sharma Oli, Maoist Center Chair Puspa kamal Dahal and Ministry of Home Affairs, Ram Bahadur Thapa are in informal discussion for the appointment of IGP of Nepal Police and Armed Police Force.

According to sources, the leaders are discussing options beyond those featuring at the top of the list. But, the decision is yet to be made on who will become the 26th IGP.

Similarly, in the Armed Police Force, Shailendra Khanal and Puspa Ram KC are at the top list to for the post of IGP. The government is in trouble to decide beyond Khanal on seniority basis as he  was promoted as AIG 11 months ago.

Prime Minister KP Sharma Oli said that he will appoint the new IGP by Wednesday evening through the meeting of the Council of Ministers. For this, he has ordered all the ministers to be alert for an immediate meeting.

KATHMANDU, Oct 7: CPN (Maoist Center) Chairman Pushpa Kamal Dahal has revealed that he was the one from the party... Read More...