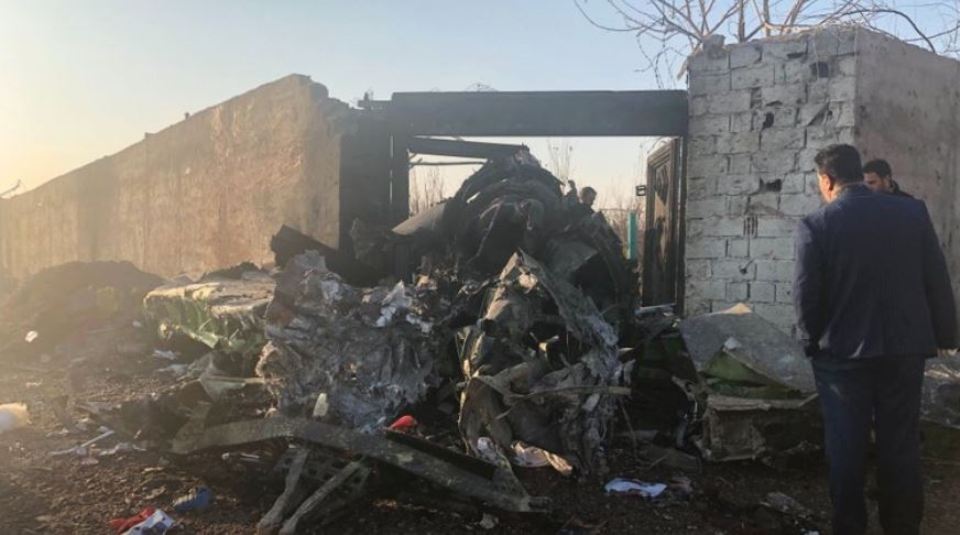 General view of the debris of the Ukraine International Airlines, flight PS752, Boeing 737-800 plane that crashed after take-off from Iran's Imam Khomeini airport, on the outskirts of Tehran, Iran January 8, 2020 is seen in this screen grab obtained from a social media video via REUTERS

DUBAI, Jan 11: A Ukrainian aircraft which crashed earlier this week in Iran had flown close to a sensitive military site belonging to the elite Revolutionary Guards and was shot down unintentionally due to human error, the Iranian military said in a statement read on state TV on Saturday.

The responsible parties would be referred to a judicial department within the military and held accountable, the statement said.

All 176 people on board were killed in the crash. The Iranian military statement expressed condolences to the families of the victims.

The United States and Canada had said that the plane was shot down, a claim Iran had initially denied.

On Twitter, Iranian Foreign Minister Mohammad Javad Zarif said the armed forces investigation showed the downing of the Boeing 737-800 was the result of “human error at time of crisis caused by U.S. adventurism (that) led to disaster.”

An Iranian military statement, announcing that a missile had struck the plane and expressing condolences to the victims, said the plane had flown close to a sensitive military site belonging to the elite Revolutionary Guards.

It said responsible parties would be referred to a judicial department within the military and held accountable.

Mobile phone footage posted and circulated by ordinary Iranians on Twitter after the crash has indicated that it came down in a ball of flames.

Iran had said on Thursday it would download the information from voice and flight data recorders, known as black boxes, to determine what had happened, although it had said that the process could take one to two months.

Tehran said it could ask Russia, Canada, France or Ukraine for help in an effort that it said could take one or two years.

Many of the victims were Iranian with dual nationality.

Iran initially dismissed the accusations that a missile was to blame for the crash, calling such suggestions “psychological warfare”.

Grief-stricken Iranians and others have posted images related to the crash. One showed a child’s red shoe in the dirt. Another was a selfie of a mother and daughter in their seats, sent to a loved one just before takeoff.

“Why were any civilian airlines flying out of Tehran airport in those conditions?” a user named Shiva Balaghi wrote on Twitter.

Ukraine had been looking at various possible causes of the crash, including an attack by a Russian-made missile, a collision, an engine explosion or terrorism.

KIEV, Jan 11: Ukraine International Airlines said on Saturday that its plane that crashed in Iran this week had received... Read More...