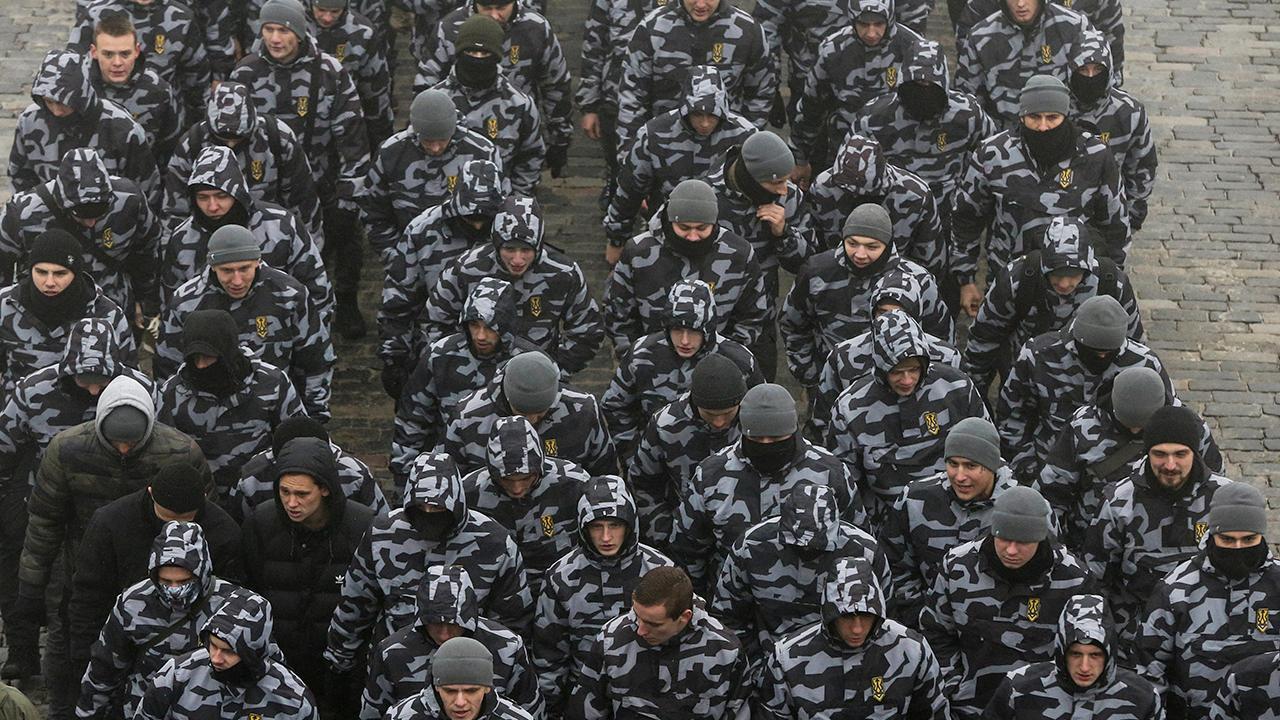 UKRAINE, Nov 27: The Ukrainian government on Monday imposed martial law for one month in parts of the country that are vulnerable to a possible military action from Russia, with the Kremlin saying it will trigger hostilities with pro-Moscow rebel-held east of the country.

Ukrainian President Petro Poroshenko said the extraordinary measure was needed to strengthen Ukraine’s defenses as there was the "extremely serious" threat of a land invasion.

“I have a document of intelligence in my hands ... Here on several pages is a detailed description of all the forces of the enemy located at a distance of literally several dozens of kilometers from our border. Ready at any moment for an immediate invasion of Ukraine,” he said, according to Reuters.

The dire warning came after Russia allegedly seized three Ukrainian naval ships and took their crew as prisoners of war.

The international community came out against the escalation prompted by Russia’s action, with President Trump says he’s not "happy" about the situation and is reportedly working with European allies that also condemned Russia.

U.S. Secretary of State Mike Pompeo, meanwhile, said Russia’s actions were "a dangerous escalation" that violated international law. He urged for both Ukraine and Russia to show restraint.

Amid the uproar, the Russian government insisted it wasn’t responsible for the crisis.

“It’s obvious that this painstakingly thought-through and planned provocation was aimed at igniting another source of tension in the region in order to create a pretext to ramp up sanctions against Russia," Russia’s foreign ministry said in a statement, Reuters reported.

It also accused the Ukrainian government of coordinating the actions with the U.S. and the European Union.

Russia’s main intelligence agency, FSB, has released a video of three crewmembers of the Ukrainian vessels that were seized on Sunday.

The video, released on Tuesday, interviews three seamen, all of whom say Ukraine violated the Russian border. It was not immediately possible to ascertain if the men were talking under duress. One of them was apparently reading from a teleprompter.

The relations between Russia and Ukraine are still tense after the Kremlin’s annexation of Crimea and Russia’s continued support for pro-Russian rebel groups in Eastern Ukraine. But the latest escalation could lead to an open conflict between the countries.

“Russia has been waging a hybrid war against our country for a fifth year. But with an attack on Ukrainian military boats it moved to a new stage of aggression,” Poroshenko said, according to Reuters.

NATO Secretary General Jens Stoltenberg told the Ukrainian president that the alliance is supporting the country’s “territorial integrity and sovereignty.”

Ukraine isn’t a member of NATO and a possible attack on the country by Russia wouldn’t trigger the collective defense treaty.

Germany’s foreign minister suggested that Germany, France, Russia and Ukraine could work together to resolve the situation. Both European countries played a key role in negotiating a 2015 accord that supposed to end violence in the east of Ukraine, though the agreement remains to be unfulfilled.

Ukraine bars entry to Russian men from 16 to 60

UKRAINE, Nov 30: Ukrainian officials on Friday barred Russian males between the ages of 16 and 60 from traveling to... Read More...