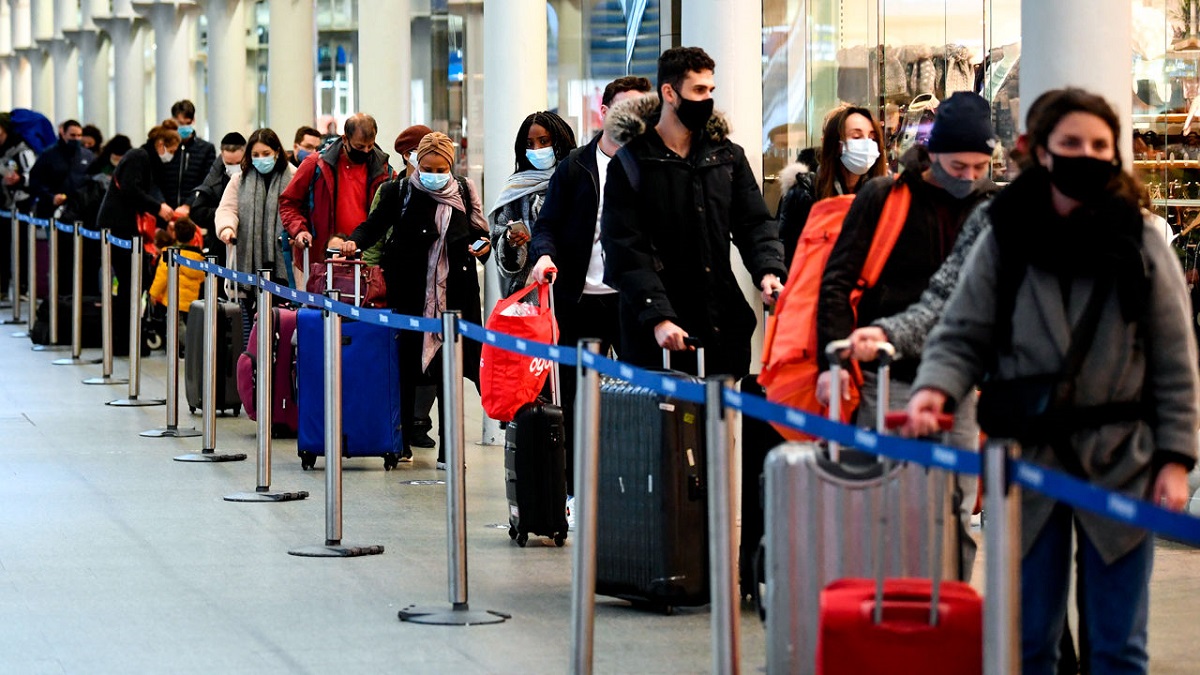 LONDON, Feb 3: The UK variant of the coronavirus has developed a new, concerning mutation in a small number of cases, which scientists said makes it similar to the South African and Brazilian variants and could reduce the efficacy of vaccines.

The emergence of the mutation to the variant first discovered in Britain highlights how complicated exiting COVID-19 lockdown will be even once vaccines are rolled out.

Public Health England said there had been 11 reports of the UK variant which feature the E484K mutation, mostly in south-west England.

The E484K mutation, which occurs on the spike protein of the virus, is the same change as has been seen in the South African and Brazilian variants that have caused international concern.

“PHE is monitoring the situation closely and all necessary public health interventions are being undertaken, including enhanced contact tracing and control measures,” a PHE spokesman said.

Several laboratory studies have found that vaccines and antibody therapy are less effective against the South African variant.

By contrast, early evidence showed that vaccines worked just as well against the UK variant, which originally did not have the E484K mutation.

Health minister Matt Hancock said it was too early to tell the impact of variants on vaccines, but mutations of concern had been reported in Bristol and Liverpool.

“We must continue to act with caution, not least because of the renewed challenges posed by new variants of the coronavirus,” he told lawmakers.

Calum Semple, who is part of a panel that advises the British government, told BBC radio that E484K was the “mutation of most concern”, and had “occurred spontaneously” in the UK variant.

Concern over the South African variant, with its E484K mutation, has already prompted authorities in England to begin a door-to-door mass testing drive in areas where cases of the variant have been found in people with no link to South Africa, while mandatory quarantine in hotels for arrivals from South Africa is yet to come into force.

Though the number of reported cases of the UK variant with the concerning mutation are small, scientists said that it demonstrated how Britain’s high prevalence of cases meant that it was not enough simply to prevent new variants being imported.

“This report would seem to suggest that under conditions of very high levels of virus replication even the most stringent of border controls, although they may delay spread, are unlikely to prevent the appearance of new variants,” said Jonathan Stoye, virologist at The Francis Crick Institute.

LONDON, June 19: Trust in vaccines - one of the world’s most effective and widely-used medical products - is highest in... Read More...