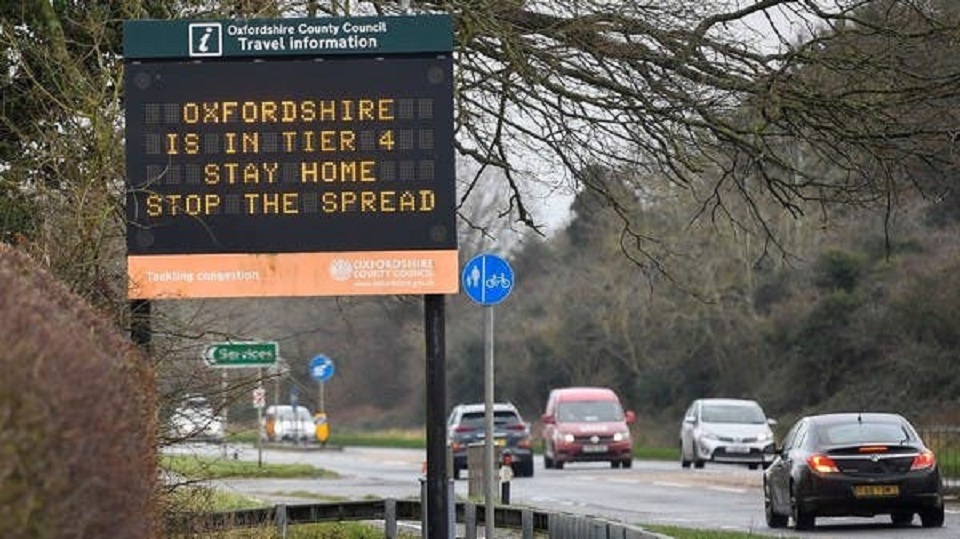 LONDON, Dec 29: Britain’s government needs to bring in tighter coronavirus lockdown rules to avert a fresh wave of deaths from a new strain of the disease, a leading epidemiologist and government advisor warned on Tuesday.

Britain reported 41,385 new COVID cases on Monday, the highest number since testing became widely available in the middle of 2020, and English hospitals say they have more COVID patients than during the first wave of the pandemic in April.

“We are entering a very dangerous new phase of the pandemic, and we’re going to need decisive early national action to prevent a catastrophe in January and February,” said Andrew Hayward, professor of infectious disease epidemiology at University College London.

More than 71,000 people in Britain have died within 28 days of a positive test for the disease.

Hayward, who sits on a British government advisory body on respiratory diseases, said the new strain of COVID that infected people more easily meant existing lockdown measures in England were unlikely to be enough to slow the spread of the disease.

On Dec. 26 Britain’s government expanded the strictest level of COVID restrictions, under which non-essential retailers are shut and people mostly cannot meet in person, to cover almost half of England’s population.

Hayward told the BBC that these curbs needed to be extended further.

“We’re really looking at a situation where we’re moving into near-lockdown,” he said.

Schools in England are due to reopen for many pupils on Jan. 4. Hayward said that from a purely epidemiological point of view it would make sense to keep them closed longer, but difficulties poorer pupils faced learning online meant curbs on other areas of public life might be preferable.

Authorities in Scotland, Wales and Northern Ireland set their own policies on schools and measures to combat COVID.