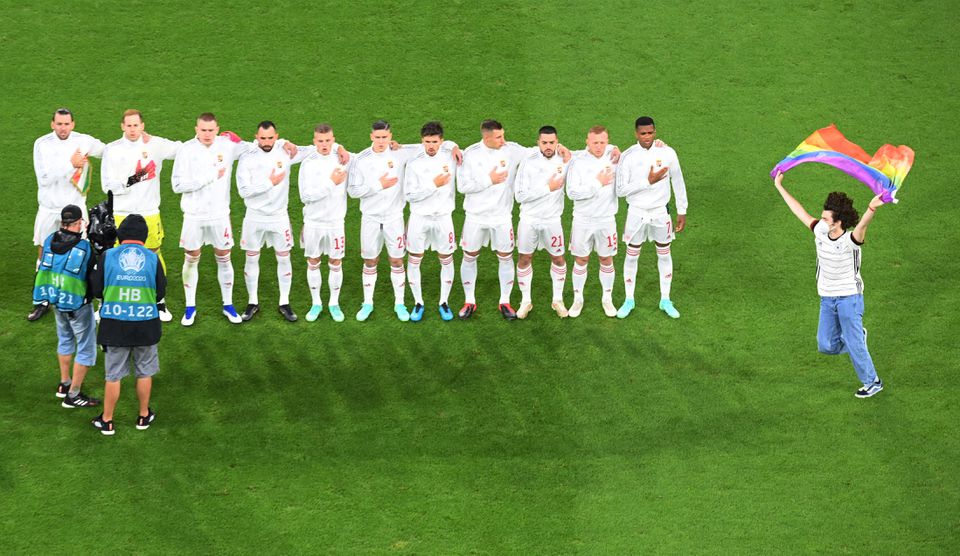 UEFA did not give details of the incidents at the match, which was played in Munich on Wednesday.

UEFA said in a statement that it had appointed an ethics and disciplinary inspector to investigate the matter.

Germany set up a last-16 clash with England after a late goal from Leon Goretzka salvaged a draw for the four-times world champions, while the Hungarians were knocked out.

Before kickoff, a protestor waving a rainbow flag had invaded the pitch, while fans outside and inside the stadium carried similar banners to show their support for LGBTQ rights. read more

This came after UEFA refused a request from Munich's mayor for the stadium to be lit in rainbow colours for the game in protest at an anti-LGBTQ law in Hungary. read more

Mayor Dieter Reiter wanted to highlight legislation in Hungary banning school materials deemed to promote homosexuality and gender change and restricting the media from showing such content in programmes accessible to minors.

During Hungary's opening match against Portugal in Budapest, images on social media showed banners with "Anti-LMBTQ" on them - the Hungarian abbreviation for Lesbian, Gay, Bisexual, Transgender and Queer.

Ahead of Hungary's match against France, Hungarian fans marched to the Puskas Arena displaying a banner calling on players to stop taking a knee to protest racism.