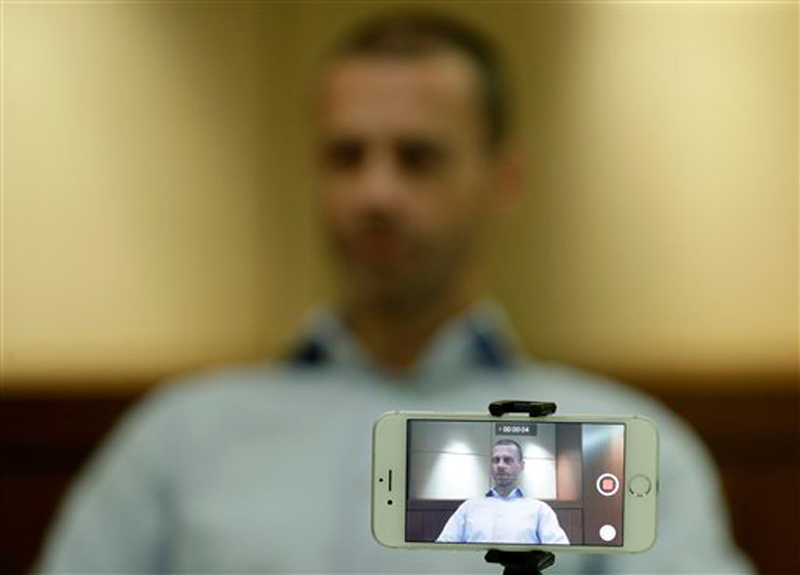 Aleksander Ceferin, 49, head of the Slovenian Soccer Federation and candidate for the UEFA presidency speaks during an interview with the Associated Press in Athens, Tuesday, Sept. 13, 2016. European soccer federations will gather in the Greek capital on

In an interview with The Associated Press, Aleksander Ceferin expressed frustration UEFA caved into the demands of powerful clubs from Spain, Germany, England, and Italy. Those countries are guaranteed 16 Champions League places from 2018-21, rather than 11 currently — squeezing teams from lower-ranked leagues like Ceferin's Slovenia.

"The problem is we didn't know anything that was going on — that shouldn't happen again," Ceferin said in Athens on Tuesday. "It's not frustrating just for me; it's frustrating for all 55 national associations.

"The process was not OK because it was not communicated well. Nobody knew what is going on. There was a group who decided, and the lack of communication is the main problem why clubs and national associations are mad now."

The current qualification system, which makes one of the teams from the English Premier League, La Liga, Bundesliga, and Serie A contest a playoff to reach the Champions League group stage, is the "ideal model," Ceferin said.

But UEFA announced in August the new deal, which assists more powerful teams, after months of talks with the influential European Club Association, whose members raised a long-standing threat of breaking away to form a closed Super League dominated by the rich and storied elite.

Ceferin, who is seeking to complete the presidential term of the banned Michel Platini until 2019, warned that "any Super League is out of the question."

"It is a bargaining chip," said Ceferin, the Slovenian federation president. "I am sure they do not want to leave UEFA and UEFA's competitions. It would be boring to play in some closed league and it will mean war with UEFA.

"They pushed it more because we didn't have any leadership and that was a problem with UEFA. But at the same time they are very important stakeholders, they bring a lot of money to UEFA, and we have to sit down with them — 55 associations and clubs — and talk about how we should do it in the future."

An ECA document obtained by the AP said "UEFA accelerated the process" in part to "avoid interference with UEFA presidential election process (do not allow the topic to be subject of political capture)."

The presidential election in Athens is down to a contest between Ceferin and 68-year-old UEFA vice president Michael van Praag of the Netherlands. The 48-year-old Ceferin said he has the backing of 32 of UEFA's 55 members to succeed Platini, who has been suspended from UEFA duties since October.

"UEFA is not very broken — public opinion is worse than actually UEFA is," Ceferin said. "We have to work on transparency. We have to adopt term limits for presidents and ExCo (executive committee) members because you cannot stay in a certain position for 20 years. We have seen in the recent past what is happening if you are there for too long. You think you own the organization."

GENEVA, Aug 23: The richest clubs and biggest leagues in Europe are set to tighten their grip on the Champions... Read More...