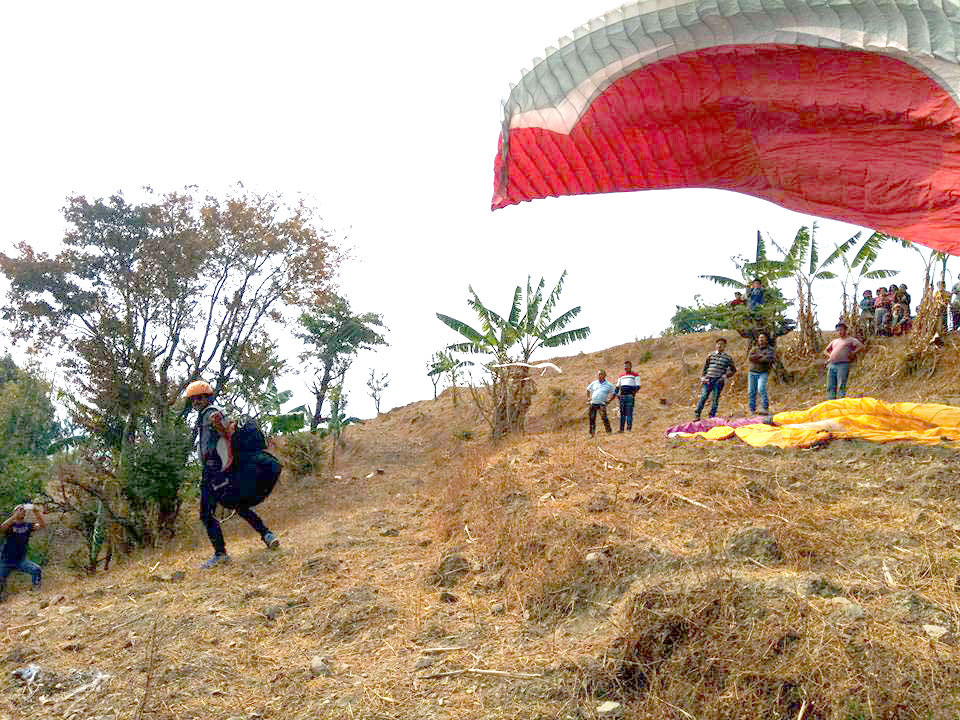 The two wards, Rauta (1,900 m) and Chitre (2,470m) are highest points of Udayapur district and carries immense potentials for tourism and adventure. It also provides scenic view of the world's highest peak Mt. Everest along with a wide range of mountains and diverse flora and fauna species in highland grassland.

The paragliding test flight at Rauta and Chitre succeeded in the eastern region of Mainamaini, Belka municipality of the district.

A successful test flight will help bring in adventure tourism in the district and help commercialize adventure sports as well.

"Let us first have a successful test flight. Then, we can happily invite investments for commercial paragliding in the district," Basnet added.

UDAYAPUR, May 6: Until a few years ago, protests used to be city-centric in Nepal. However, that has changed in the... Read More...