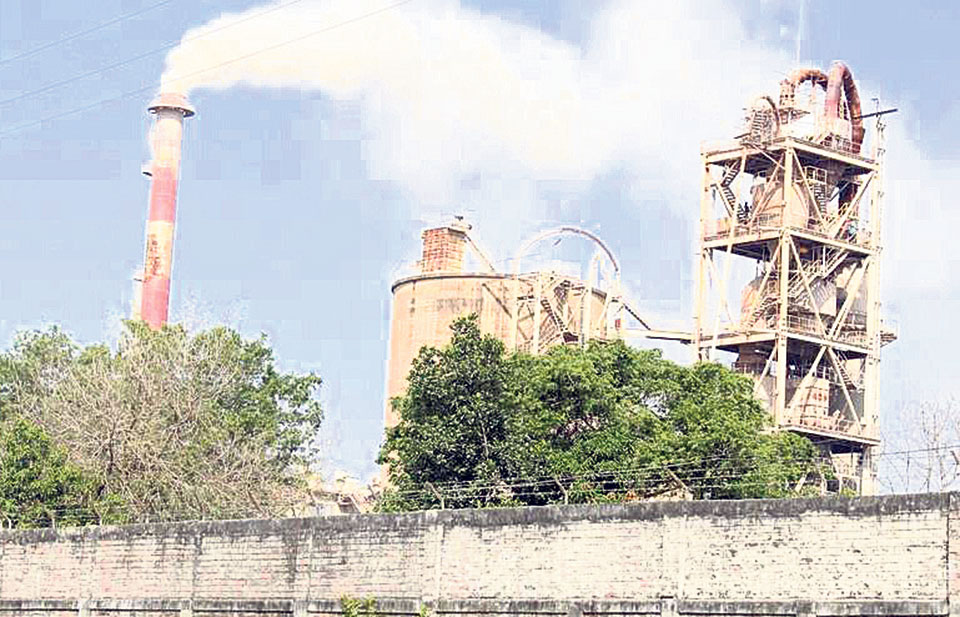 UDAYAPUR, JUNE 20: Government-run Udayapur Cement Industries Ltd (UCIL), producer of Gaida cement, is facing losses due to irregular supply of electricity, officials of the company have said. Despite the government efforts to end power cuts in industries, the company had to bear losses worth millions in the Nepali month of Jeshtha (mid May-mid June) due to power cuts, according to them.

General Manager of the company, Surendra Paudel, told Republica that power supply was halted 27 times in the internal supply line and 93 times in the external line during the month. The total time of power cuts was 26 hours 5 minutes. According to Paudel, the losses due to power cuts amounted to Rs 10 million.

“An hour of power cut in the factory causes losses of over Rs 400,000,” he said. “When there is a sudden cut in power supply, it hampers the engine on one hand, and on the other, it causes disruption in the processing of cement. This results in further losses. Small negligence about power supply costs us a great deal of money.”

However, officials of Nepal Electricity Authority (NEA) have said that electricity is being supplied to UCIL to the best of NEA's ability. Deputy Managing Director of NEA, Bishnu Shrestha said: “As per our policy to provide regular power supply to industries, we have tried our best to provide the electricity needed to UCIL. However, at times, it is possible that supply might get interrupted due to automatic switching system.”

He added: “To resolve such issues, the company could contact the NEA office at Lahan.”

However, UCIL General Manager Paudel has said that there has been no progress despite their repeated requests to the NEA office at Lahan.

“We have time and again requested the NEA authorities to resolve this problem. However they do not understand the extent of problem that we are facing,” Paudel told Republica. “Electricity stands as one of the major challenges for us.”

Cement production by the company has remained below the annual target for the past 25 years. Political interference is largely attributed for the mismanagement of the company.

The company produced 225,000 sacks of cement at the month of Jeshtha worth Rs 202.5 million. It had produced 2.26 million sacks of cement in the first 11 months of the current Fiscal Year 2017/18, which is 95 percent of the targeted annual production. The company has claimed that it would exceed production target by 15 percent should there be regular supply of electricity.

So far, production this year has been the highest since the government of Japan handed over the company to Nepal in late 1980s.

RASUWA, Dec 7: Power generation from the Chilime Hydropower Project which had stopped from Wednesday afternoon has now been restored. Read More...

Power supply interrupted for about 20 minutes

KATHMANDU, May 11: Electricity supply in the Kathmandu Valley as well as in Pokhara, Butwal and Bharatpur was interrupted for about... Read More...

Cement production increasing, and so is clinker imports

KATHMANDU, Sept 28: Though the government has set a target of becoming self-sufficient in cement and its raw materials, the import... Read More...