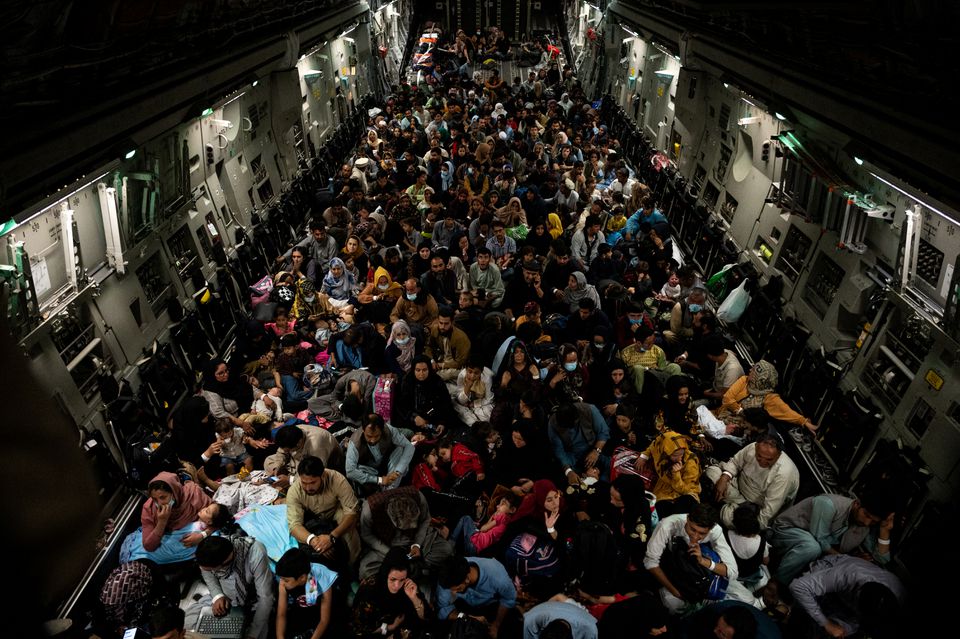 Evacuees from Afghanistan sit inside a military aircraft during an evacuation from Kabul, in this photo taken on August 19, 2021 at undisclosed location and released on August 20, 2021. Staff Sgt. Brandon Cribelar/U.S. Marine Corps/Handout via REUTERS

DUBAI, Aug 22: The United Arab Emirates has agreed to host 5,000 Afghan nationals to be evacuated from their country for 10 days on their way to a third country at the request of the United States, the Gulf Arab state's foreign ministry said recently.

"The evacuees will travel to the UAE from the Afghan capital of Kabul on U.S. aircraft in the coming days," the ministry said in a statement carried by state news agency WAM.

The foreign ministry told Reuters they would be hosted for 10 days.

The UAE has so far facilitated the evacuation of 8,500 people from Afghanistan on its aircraft and through its airports, it said.

The announcement came after U.S. officials told Reuters Washington was expected to announce that countries in Europe and the Middle East have agreed to temporarily shelter people evacuated from Kabul as its base in Qatar reached capacity. read more

A Qatari official told Reuters the Gulf Arab state was "continuing our efforts to evacuate people from Afghanistan. Additional flights are scheduled during the upcoming days.”

Bahrain will allow planes carrying evacuees to stop over in the kingdom as part of efforts to assist rescue operations in Afghanistan, the Bahraini foreign ministry said in a statement on Friday.

OSLO, Feb 20: Norwegian Foreign Minister Anniken Huitfeldt said on Saturday that Oslo is not considering the recognition of the... Read More...